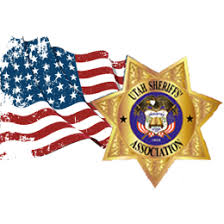 Usually Utah’s Sheriffs and County Attorneys do not comment on news stories or other entities’ Press Releases, but the information recently communicated (see links below) by the ACLU and the Utah Criminal Defense Attorneys Association and the Utah Disability Law Center is as offensive as their weak and their soon-to-be-dismissed lawsuit against Utah’s Sheriffs.  As Al Pacino famously said in the movie Scent of a Woman, “what a crock … “.

Utah’s Sheriffs were not contacted before their lawsuit (as evidenced by the fact that they sued three Sheriffs who don’t even have a jail), and they did no investigation prior to filing suit.  Utah’s Sheriffs had already done, and were doing, everything necessary to meet this insidious virus head-on long before this lawsuit and will continue to do their jobs regardless of what the ACLU or anyone else “says”, because they do their jobs for their citizens.  The only impediment to Sheriffs in facing COVID-19, early and professionally and long before this ridiculous and offensive lawsuit, was and is the ACLU, the Criminal Defense Association and, ironically and incredibly, the Disability Law Center which is supposed to represent victim’s of crime – I guess their missions has shifted, right? … sue to release murderers and rapists with no notice to victims? – unbelievable is what it is; and thank goodness for Judge Paul Cassell who steps up, every single time, for victims of crime.

Honestly, just take two seconds and look at our March 16th, 2020, Press Release , a full two-weeks before their “April Fools” filing with the Supreme Court.  And where did we come up with these early and effective and coordinated protocols and action items? – We reached out to our brother and sister Sheriffs from across the country, as well as experts, and then Utah’s Sheriffs and County Attorneys went to work – and it was immediate.

So now these people want to dismiss their lawsuit (I’m laughing because they say “we are now willing to dismiss” but “we’ll keep an eye on things to make sure Sheriffs are complying”) and they issue a ridiculous Press Release spinning why they are dismissing.

So sleep easy Utah … the ACLU and the Criminal Defense Attorneys Association will keep an eye on Utah’s 29 Sheriffs to make sure they are doing their job.  They may dismiss their ridiculous loser lawsuit, but they won’t slither away like most who lose and are embarrassed, nope, they will issue more Press Releases and “keep an eye on us”.  So to our Sheriffs, all I can say is hopefully you will not be distracted from your tasks at hand in protecting the citizens in your respective counties (to include protecting and supporting your victims of crime) by these people for a while because they will lose their media seeking lawsuit – and even these people have to have some level shame for what they did.  We’ll see.