Columbia, MO – On August 8, 2019, the Boone County Sheriff’s Department became the first jail in Missouri, as well as the first county in the 8th Circuit, to undergo and successfully meet Accreditation requirements through the National Institute for Jail Operations (NIJO). 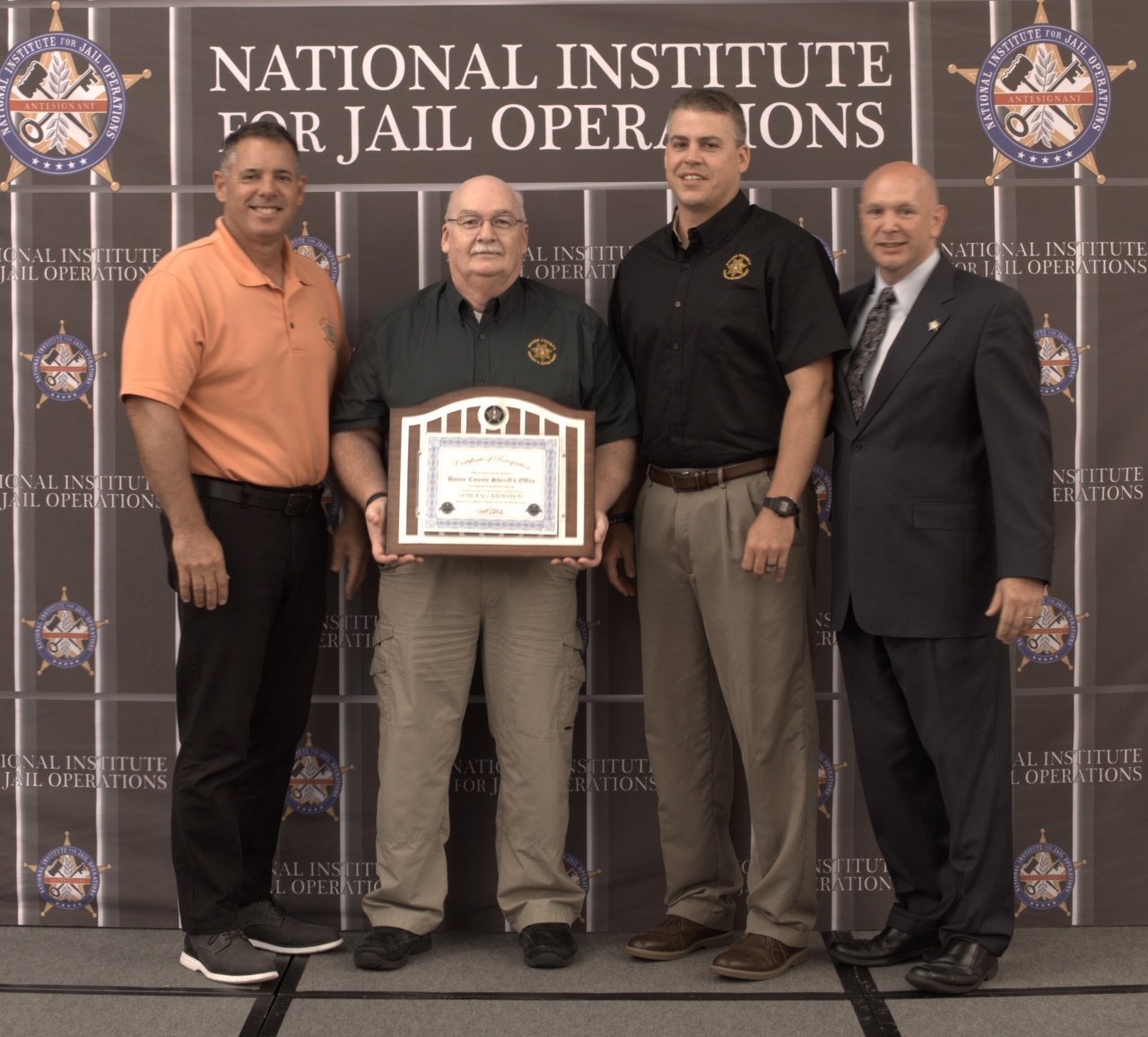 Department’s support and commitment to operating their facility within compliance requirements of the NIJO Missouri Legal Based Jail Guidelines has enhanced the facilities operation, increased professionalism and proactively served to protect against liability and other risk management issues.

Boone County Sheriff Dwayne Carey stated “I am extremely proud of what our detention branch has accomplished, as the accreditation process required the wiliness to recognize there is always room to be better.  With that came a lot of additional work and ultimately the acceptance of new policies.  The accreditation award is recognition of not only the work they did to reach this goal, but the work they do each and every day.”

While conducting the accreditation, NIJO inspectors found that the Boone County Sheriff’s Department accreditation team initiated steps to bring their processes in the review at a higher level.  Those steps included attaching proofs over and above the requirements in the pre-inspection process such as attaching training outlines and not just rosters.  The training material was reviewed and found to be in compliance to the guidelines and clearly documented what the training covered.

Historical statistics show counties that actively participate with the NIJO Legal-Based Jail Guidelines accompanied with the inspection or accreditation program account for 28% – 33% of jail liability losses, compared to the national average of 71%, a significant decrease and savings for those participating counties.

“To stay ahead of the curve, we need to know and comply with current laws governing our jails, proactively finding and resolving potential problems instead of reacting to incidents and litigation as they are filed” stated Tate McCotter, NIJO Executive Director.  “Accreditation benefits the jail staff, the inmates and the entire public.  For most counties, the jail is the largest liability in county government and the process itself becomes a significant risk management and liability defense.”

McCotter explained the recognition reflects far more than a plaque on the wall for Boone County Jail. “It represents a lot of sustained effort, dedication and consistency by their administration and staff to run a constitutionally safe facility. Boone County should be very proud.”