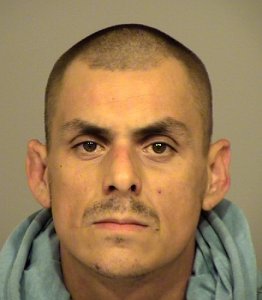 An investigation into the drug overdose death of a jail inmate in Ventura led to an Oxnard man’s arrest Wednesday, according to the Ventura County Sheriff’s Office.

Ricardo Ortega, 31, was taken into custody more than a month after Alexander Beirne of Ojai died from methamphetamine intoxication while at the Ventura County Pre-Trial Detention Facility on Aug. 30, authorities said.

Investigators believe Ortega brought the meth into the facility and gave it to Beirne, 38, just prior to his overdose.

Beirne was found suffering a “medical emergency” when deputies responded to his cell about 8:30 p.m., authorities said. He was taken to Community Memorial Hospital, nearly 4 miles away, where he was pronounced dead.