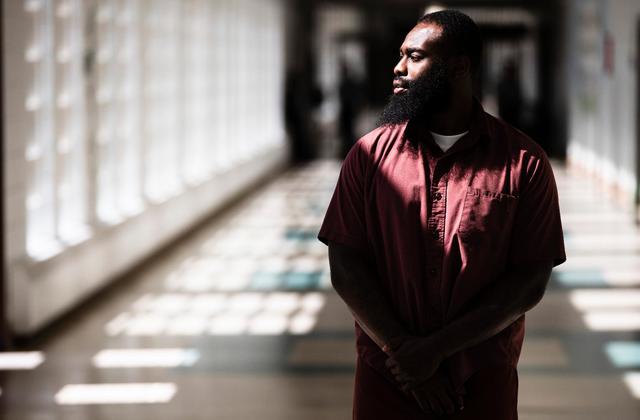 Ezra has been locked up for about 45 years. In that time, he’s taken the opportunities he’s been given in prison, grown from them and feels like he’s turned his life around.

He heard about a program at the Chester State Correctional Institution, a medium-security prison for men near Philadelphia, where he could learn animation and create a short film based on his life experiences. He saw it as a chance to send a message, both to people on the outside and to other men inside.

Entitled “The Phoenix,” his minute-and-a-half-long film depicts what he calls his metamorphosis, from the streets and wrong turns to his transformation in prison.

“We’re locked in, but the community is also locked out. This is one way for us to get out to the community,” Ezra said on a recent morning from a side room in the prison’s chapel. “I thought it would be a powerful message, that we can be transformed and we can be a part of society.”