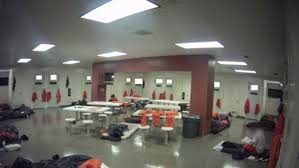 A man, who was an inmate at the Cuyahoga County Jail, has filed a lawsuit claiming guards retaliated against him for reporting abuses at the facility to investigators with the United States Marshals Service.

Earlier this year, a county judge sent Lawerence to prison for three years on several charges, including receiving stolen property and a weapons charge.

The lawsuit alleges Lawrence was tied to a restraint chair for hours as punishment for speaking Spanish during his booking, and that guards “knowingly allowed him to be attacked by another inmate who was being held for the murder of his cousin.”

The suit further states that guards beat him and threatened to hang him and “make it look like a suicide.”