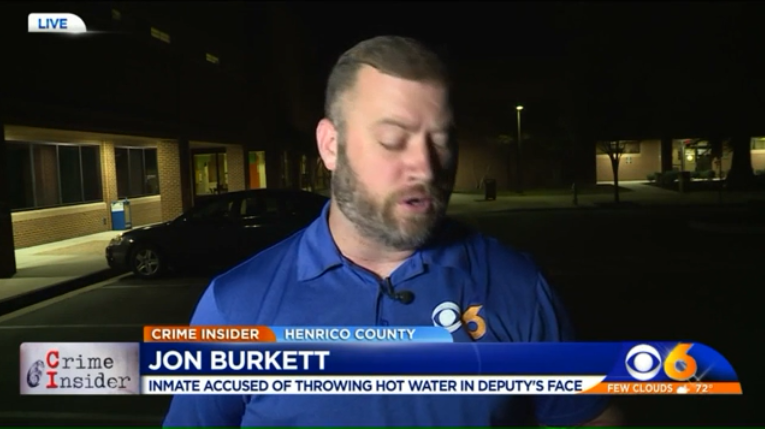 Hot water to heat up ramen noodles or stir into coffee is a commodity at Henrico Jail West, but an inmate is now facing a felony charge after allegedly throwing it into a deputy’s face.

For more than five years, the Henrico Sheriff’s office has offered hot water to inmates for cooking. Most of them use it to heat up a late night snack.

“It’s detrimental, it’s a necessity, it’s incomparable. You can’t get it out of the sink,” Sheriff Mike Wade said.

Sunday night inmate Zackery Amory was charged with felony assault on a law enforcement officer. Surveillance video shows Amory requesting a cup of hot water. After an exchange, the inmate is seen tossing the hot water, which hits the deputy in the side of his face

The video also shows another inmate seemingly congratulating Amory after the toss.

According to deputies, the deputy was filling the cup up with water, when the inmate asked him to dump it out to clean the cup. The deputy said he could take it to his cell and dump it and come back for more. That’s when the inmate cursed at him and threw the water.