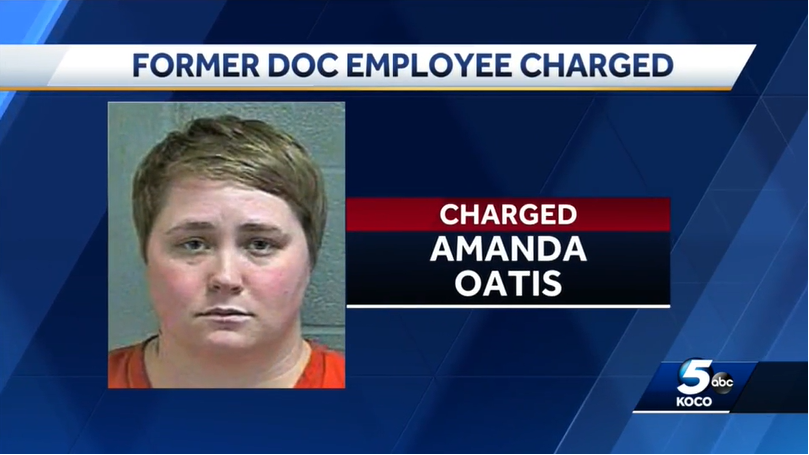 Amanda Oatis is being held at the Oklahoma County Jail, charged with 34 different counts, including 17 counts of sexual battery and three counts of forcible sodomy.

Oatis is also accused of delivering a cellphone and alcohol to inmates, where she has an additional 14 counts against her.

Officials with the Department of Corrections said Oatis was fired back in February, and they began investigating soon after. Officials released the following statement:

“On Feb. 4, the Oklahoma Department of Corrections terminated the employment of Amanda Oatis, then a cadet correctional officer at Oklahoma City Community Corrections Center, for “the good of the service,” as stated in her termination letter. When staff later learned of allegations involving multiple sexual assaults of inmates, an ODOC Agent opened an investigation that led to criminal charges.”