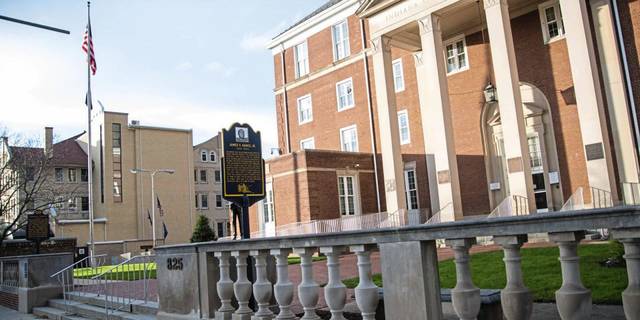 INDIANA CO, IN – A brawl between inmates in the holding cell of the Indiana County Court House Friday was sparked by an argument over a lunch, borough police said.

Ryshawn Crawford, 18, of Philadelphia, was charged by borough police with assault on a prisoner, harassment, simple assault and strangulation in connection with the fight that occurred about 12:29 p.m. Friday in the holding cell inside the court house on Philadelphia Street and had to be broken up by sheriff’s deputies.

Crawford, an inmate at nearby SCI Pine Grove, is accused of assaulting an Indiana County Jail inmate David Bratcher, 35, of Alverda.

According to borough officer Leroy Anderson Jr., Bratcher brought a bagged lunch into the holding cell from the county jail where he is incarcerated on a DUI-related charge and Crawford said he wanted it. Anderson alleges that Bratcher gave Crawford his sandwich, but Crawford assaulted Bratcher after he refused to give Crawford a cookie and banana that also was inside the bag.