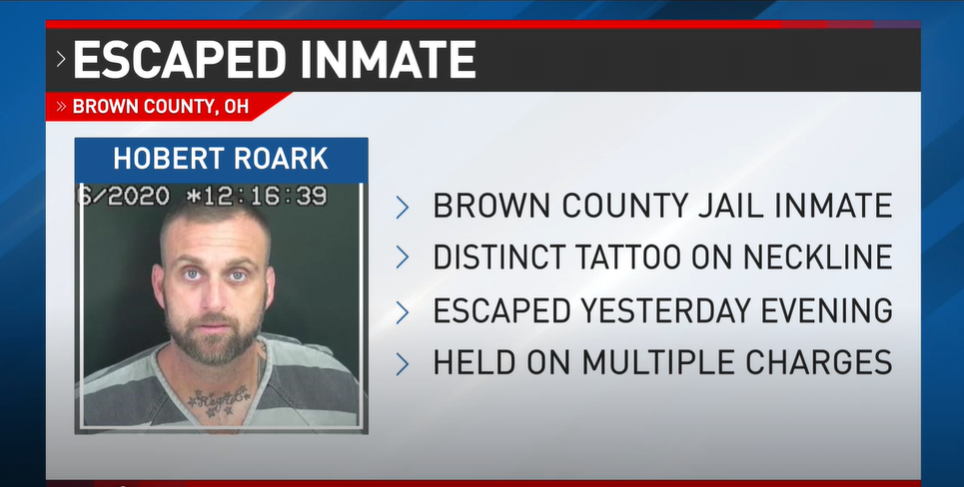 Police in Brown County are looking for an escaped inmate.

Hobert Roark, 40, escaped from the Brown County Jail around 6:30 p.m. on Tuesday after he broke a security window to get out and ran through an impound lot.

Roark was being held on multiple charges that included burglary, grand theft, receiving stolen property, failure to comply with a police officer and possession of firearms under disability.

The Brown County Sheriff’s Office will be filing an escape charge against him as well.