Jail Strip Searches: The Light at the End of the Tunnel Was Not a Train

Jail Strip Searches: The Light at the End of the Tunnel Was Not a Train 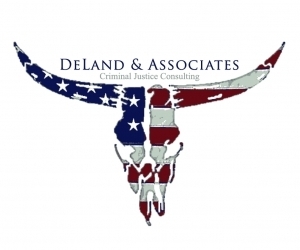 Until the late 1970s, it was a foregone conclusion that jail officers could strip search all prisoners to further the security of the jail and the safety of staff and prisoners. Then in 1977, a federal District Court in New York ruled that visual body-cavity searches of prisoners in a federal pretrial detention facility were unconstitutional “absent probable cause to believe that the inmate is concealing contraband.”(1) Although the fact seems to have been lost on judges who ruled in later cases that have restricted strip searches of arrestees at booking, the district court actually “upheld the strip search procedure but prohibited [only] the body cavity searches, absent probable cause . . . .”(2)

The case was appealed by the Federal Bureau of Prisons to the 2nd Circuit of the U.S. Court of Appeals. Curiously, the 2nd Circuit upheld the district court, referring to the so-called body-cavity searches as a “gross violation of personal privacy” and that the privacy intrusions “inherent in such a search cannot be outweighed by the government’s security interest” and referred to such searches as having “so little actual utility.”(3) The Bureau of Prisons then appealed to the U.S. Supreme Court. Before discussing what has happened in subsequent litigation, it is worth noting that what the courts refer to as “body-cavity” or “visual body-cavity” searches are not actually body-cavity searches, at all. No body cavities are penetrated physically or visually. Observations are simply made of breasts and external genital and anal areas. As the Court of Appeals described the searches:

I have conducted scores of these the so-called body cavity searches. In each instance, all that I have observed is the outer area of the anus, never has it been possible to see into the body cavity. Although I have not conducted strip searches of female prisoners, I have interviewed female officers. Those I have spoken with in training classes or in conversation have told me that only in rare instances has any of the vaginal cavity been observable.

A detention facility is a unique place fraught with serious security dangers. Smuggling of money, drugs, weapons, and other contraband is all too common an occurrence. And inmate attempts to secrete these items into the facility by concealing them in body cavities are documented in this record . . . and in other cases.(6)

Even though the Bureau of Prisons prevailed in their case, over the next three decades circuit courts turned the strip search litigation on its head, ruling in a succession of cases that both visual body cavity searches and strip searches of persons arrested for minor crimes was unconstitutional unless jail officers could articulate reasonable suspicion that the arrestee had a weapon, drugs, or other contraband. For example, in Giles v. Ackerman (7) one of the early cases that required individualized or reasonable suspicion, the 9th Circuit ruled:
The officer who searched Giles had no individualized suspicion that Giles was carrying contraband or that she in any way threatened jail security. We hold that arrests for minor offenses may be subjected to a strip search only if jail officials have a reasonable suspicion that the particular arrestee is carrying or concealing contraband or suffering from a communicable disease. Because no such suspicion existed in Giles’s case, the officer who searched Giles violated her rights under the fourth amendment.(8)

Giles by no means was an isolated case; one where the 9th Circuit simply went off on a tangent by misreading the Bell v. Wolfish decision. Bell certainly was misread, but by more circuits the 9th. Chief Justice Rhenquist – who wrote the majority opinion – made an attempt to correct the misreading of Wolfish. After the 4th Circuit Court ruled that the strip search of a woman booked in jail on a driving while intoxicated violated the 4th Amendment, Justice Rehnquist issued a stay of the court’s Logan v. Shealy (9) ruling. As Chief Justice Rehnquist explained, “the Court of Appeals decision reads as if Bell v.Wolfish,had never been decided.” Justice Rhenquist also noted that the jail’s strip search policy had been “adopted after the shooting of a deputy by a misdemeanant who had not been strip searched.” (10)

The 5th Circuit ruled it was unconstitutional for the police officer booking a woman at the city jail to rely on her drug history to require a visual body cavity search.(14) Admittedly, the decision making of the police officer involved was arguably very poor, but it put the courts in a position of making strip searches less defensible.(15) Then, in Way v. County of Ventura(16), the court ruled that the fact that an arrestee was suspected of being under the influence of drugs did not justify a strip search. The 10th Circuit then ruled in two different cases that being arrested for being under the influence of drugs did not create reasonable suspicion that an arrestee might have contraband (e.g., illegal drugs) on their person.(17)

The circuit courts chose to ignore or narrowly interpret the Supreme Court’s ruling in Bell v. Wolfish “that courts should defer to the informed discretion of prison administrators because the realities of running a corrections institution are complex and difficult, courts are ill equipped to deal with these problems.”(18) As a result of Circuit Court rulings, jail officials were forced to write search policies which they knew were inimical to proper jail security. The courts demonstrated more concern about the possible embarrassment of persons being admitted to jail than to the serious security and safety needs of jail officers. The search restrictions made it much easier for prisoners to smuggle dangerous contraband. Prison gangs frequently exploited the rulings becoming very adept at having family members, friends, and others to bring contraband into the jail. It was very easy to coerce or pay persons to commit minor criminal violations for which they would be arrested and booked into jail. Prior to arrest, the person to be arrested would be loaded with contraband hidden where it would not be detected by a simple frisk search.

After three decades of the courts savaging jail strip search policies,there was suddenly a light at the end of the tunnel. That light was a pair of rulings from the 9th and 11th Circuit Courts stating that Bell v. Wolfish – the case cited by all rulings restricting strip searches – had been misinterpreted by the lower courts. In Powell v. Barrett(19), the Eleventh Circuit Court case, reversed its prior rulings that had required reasonable suspicion before arrestees could be strip searched.(20) The 9th Circuit quickly followed in Bull v. City and County of San Francisco(21), reversing its previous restrictive rulings (22) and upheld blanket strip search policies. These cases gave hope to jail officials that there was indeed a light at the end of the tunnel; however, during the last three decades, the Supreme Court had refused to take appeals on rulings by circuit courts raising the possibility that the tunnel light was a train.

In 2010 the 3d Circuit in Florence v. Board of Chosen Freeholders (23) ruled that Bell v. Wolfish did not require reasonable suspicion for strip and visual body cavity searches. That was followed in 2011 by Bame v. Dillard(24), with the DC Circuit reversing a lower court strip search decision. The court ruled there was “no clearly established constitutional prohibition of strip searching arrestees without individualized, reasonable suspicion,” and remanded to the lower court to enter summary judgment for the defendant. The tide was turning.

Then in 2011, the Court finally reviewed a strip search case, accepting an appeal on Florence v. Board of Chosen Freeholders of Burlington County(25). The long-awaited ruling focused on the critical penological interests of officer and prisoner safety and facility security and control. The Supreme Court ruled that the neither the Constitution nor the Court’s 1979 Bell v. Wolfish ruling required reasonable or individualized suspicion before arrestees could be strip searched. The Supreme Court stated the circuit courts had missed the target when they interpreted Wolfish.

The Most Important Aspects of the Florence

So, how does Florence change how jail officers conduct strip searches of arrestees being received at booking? Assuming state law has not been written codifying a requirement that jail officers have reasonable suspicion (or, God forbid, probable cause), there are several very significant changes in the law. Jail officials from Michigan, Iowa, Kansas, Washington, Kentucky, Tennessee, Florida, and Colorado may see little value from Florence because of statutory requirements. For the rest of the states, among the most important parts of Florence are:

The Supreme Court commented on the different and confusing meanings that have been applied in various cases to “strip searches.”

The term is imprecise. It may refer simply to the instruction to remove clothing while an officer observes from a distance of, say, five feet or more; it may mean a visual inspection from a closer, more uncomfortable distance; it may include directing detainees to shake their heads or to run their hands through their hair to dislodge what might be hidden there; or it may involve instructions to raise arms, to display foot insteps, to expose the back of the ears, to move or spread the buttocks or genital areas, or to cough in a squatting position.

The impact of the Florence ruling is that the term “strip search” now covers each of the different levels of intrusion listed above. Since the so-called visual body-cavity searches are permitted without reasonable suspicion, then certainly the less intrusive strip searches are also authorized. It is now appropriate for jail officials to simply refer to levels levels of unclothed searches as strip searches.

A. Contagious Disease, Lice, Injuries.
According to the Court,“admission of inmates creates numerous risks for facility staff,for the existing detainee population, and for a new detainee himself or herself.” The court noted the need to identify and treat contagious infections, lice, and wounds or other injuries requiring immediate medical attention may require prisoners to remove their clothes for a visual inspection.

B. Identification of Gang Members.
The Court noted the “threats posed by the increasing number of gang members who go through the intake process.” Fights among feuding gangs can be deadly, putting in harms way officers who must maintain order. “These considerations provide a reasonable basis to justify a visual inspection for certain tattoos and other signs of gang affiliation as part of the intake process. The identification and isolation of gang members before they are admitted protects everyone in the facility.”

C. Interdiction of Contraband
The court also found intake strip searches as a “most serious responsibility” necessary to detect contraband concealed by new detainees, noting that weapons, drugs, alcohol, and currency all disrupt the safe operation of a jail. The Court also recognized that correctional officers have had to confront arrestees concealing knives, scissors, razor blades, glass shards, and other such items on their person, including in their body cavities.

A. The administrative-discretion friendly Turner decision will be helpful in defending any further challenges to strip searches that were not fully resolved by Florence; and

B. The courts’ use of Turner in a search case would seem to signal that the Turner factors will have wide application in other types of cases where reasonableness is an issue.

1. Justice Breyer in his dissenting opinion (joined by Justice Ginsburg, Justice Sotomayor, and Justice Kagan) claims there is a “plethora of recommendations of professional bodies” supporting the restrictions on strip searches. He implies, the American Correctional Association (ACA) is one such organization . While I often disagree with ACA, I cannot believe that they would actually favor the reasonable suspicion requirement.

2. Justice Breyer also claims that ACA did so in collaboration with, among others, the National Sheriffs’ Association (NSA). Perhaps Justice Breyer did not read the NSA’s amicus brief urging the Court to authorize blanket strip search policies.