During the 3rd Annual JAILCON Western Regional Training Conference in Scottsdale, AZ, June 3-5, NIJO recognized agencies and individuals for their contributions to the corrections profession. Awards were presented on June 5th during the Awards Luncheon at the Talking Stick Resort. We extend our congratulations to the following award recipients. 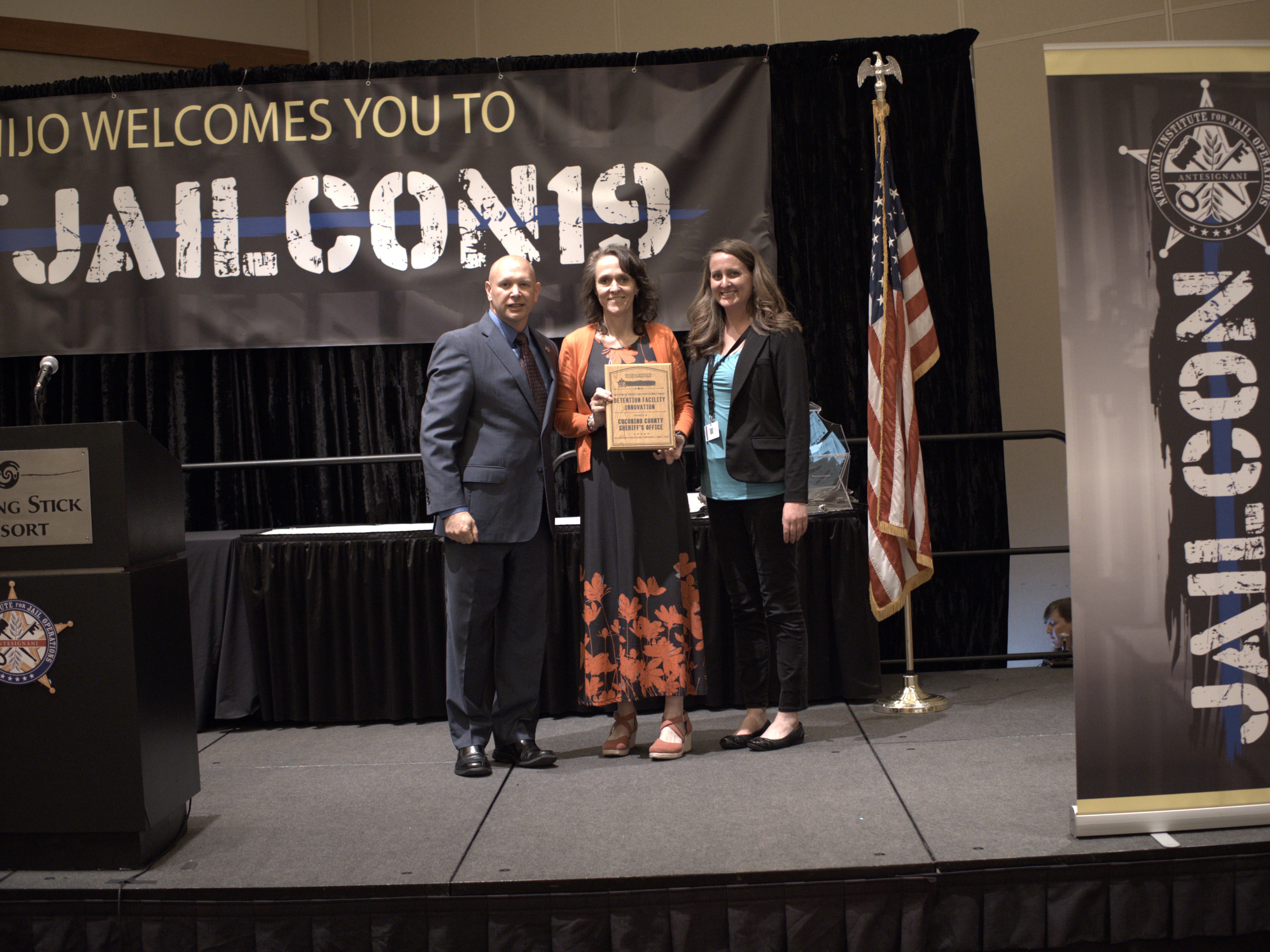 The first program was in response to the over 50% of inmates being received into the facility being mentally ill. The “Rule 11 Diversion Committee” was created  and is a multi-disciplinary team that consists of jail commander, support operations LT, mental health clinician and outside stake holders (behavior health agency, city of Flagstaff). The committee meets twice a month to brainstorm ideas to better assist the mentally ill population, coordinate releases, and improve access to care. By offering coordination between the detention facility, the courts and treatment providers, they have a huge impact on the lives of the mentally ill by reducing the length of incarceration. In 2018 the team identified 85 mentally ill inmates. This model led to diverting 52 inmates out of the custody of the sheriff’s office and connecting them with mental health services. 35 of those inmates are currently engaged in treatment and 17 received assistance with relocating to reconnect with established care, family and friends. The other 33 inmates were ineligible for release due to being held on charges.

The second program was in response to lowering the recidivism rate. “Fresh Start” is based on cognitive-behavioral therapy (CBT) which allows participants to better understand their thoughts, feelings and behaviors and encourage change. It is a 7-week program designed to educate in many life skills, focusing on positive self-development and employment on release. In 2018 the program assisted over 200 people in custody and over 80 graduated.  The team is compromised of the detention facility’s program coordinator and inmate development specialist as well as a primary instructor and employment specialist from Goodwill industries. The partnership with Goodwill allows for a hand off so that participants can be offered assistance with housing, treatment, placement, clothing vouchers, resume assistance and job search/ placements. Testimonies from inmates:

“holding myself accountable for my useless choices is one of the biggest behavior changes I’ve made here in the Fresh Start Re-Entry program. The point is, I want to change so I never come back!”

“Being able to participate in this program saved my life! It saved my marriage, my family and my career”

NIJO Dedication to Excellence Award
(aka Overworked and Underpaid Award)

This year, NIJO was pleased to award two individuals the “Dedication to Excellence” Award for a detention officer, supervisor, or administrator who in the past year has gone above and beyond normal expectations by working extra hours, making extra effort to ensure the safety and security of staff members, inmates, and the general public.

Sergeant Christina Miller has worked for the Saline County Sheriff’s Office Detention Facility in Kansas for 24 years.  Sergeant Miller began to impact the daily lives of inmates by arranging and providing professional services to include educational training, mental health awareness and support, religious programming and basic life skills.  When the jail was facing overcrowding and an increase in housing costs due to what she felt was an increase in recidivism, Sgt. Miller worked to find a way to keep people from coming back (a project still underway today). One of the issues brought up is that many inmates are released back without assistance from family members or outside agencies. To help, Miller came up with a combined effort between her agency, the district court, community corrections, catholic charities, mental health and central foundation programs to “start the release process before the actual release”. Sergeant Miller’s goal is to have plans and programs in place prior to inmates being released (including housing, food, financial assistance and mental/ medical health referrals).  Her coworkers shared, “Christina is one of the first to volunteer for overtime due to shift shortages. She will work in the jail, transport inmates, work security in hospital or courtroom.” 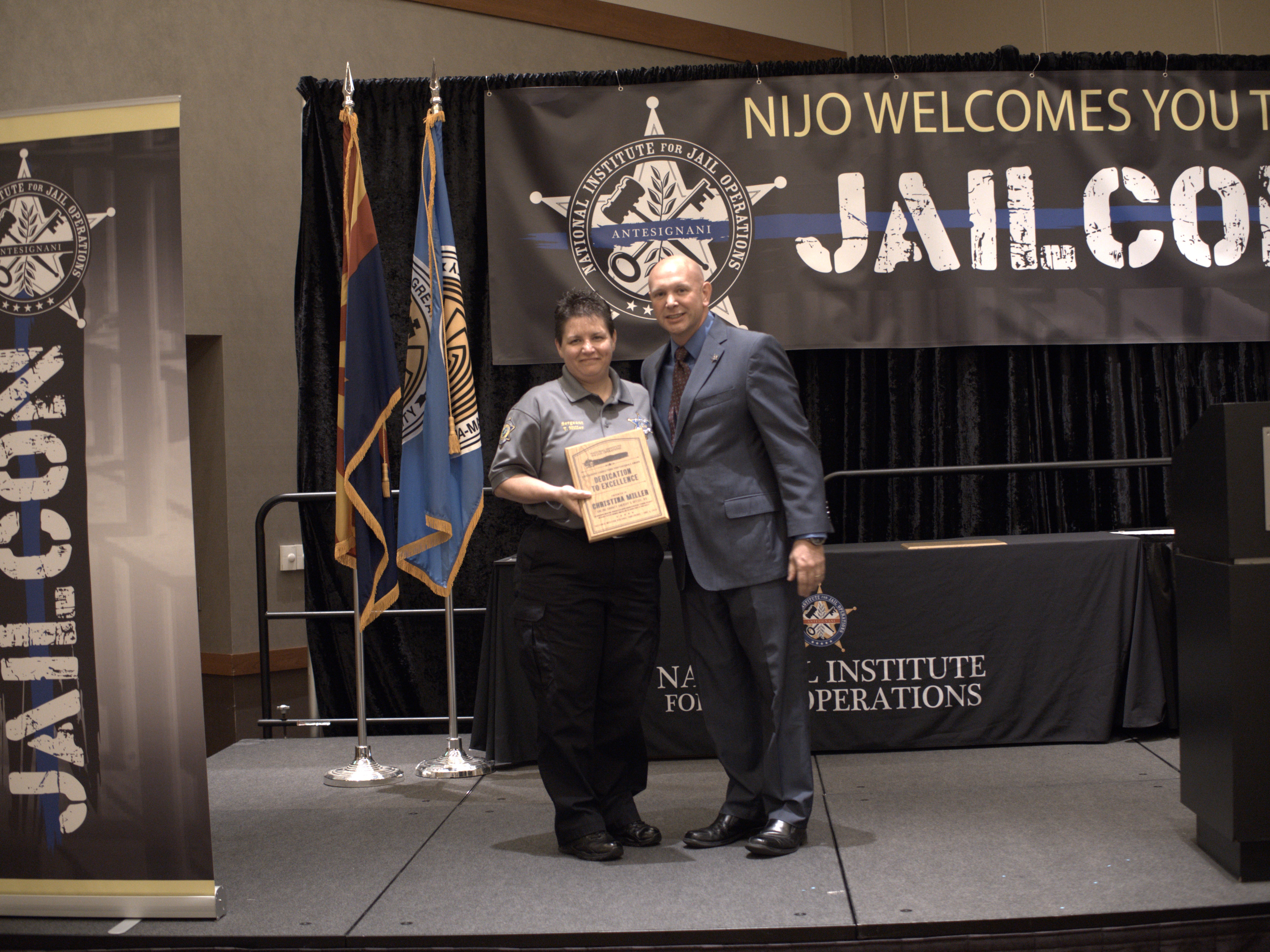 Officer Michael Comandini has been with the Maricopa County Sheriff’s Office for almost 15 years and still comes to work every day with a positive attitude and the energy of a new hire.  Those who work with him wrote, “There is not an Officer on shift who is disappointed to sign in and find that Officer Comandini will be their partner. Inmates refer to this individual as Officer Smiley because of the way they greet everyone with a smile whether it be staff, inmate, or public….He always gives 100% during every shift.  He has an unprecedented ability to help others yet never fails to get all his own work completed in a timely and accurate manner. He is are never too busy to help and manages their time and resources in such a manner that if they are your partner, even though they are helping others, you never feel like you’re carrying more than you should. Like the badge we wear some of us, as we hand over more years to our profession, seem to “lose our shine”, Comandini’s shine has never been diminished seeming only to increase.” 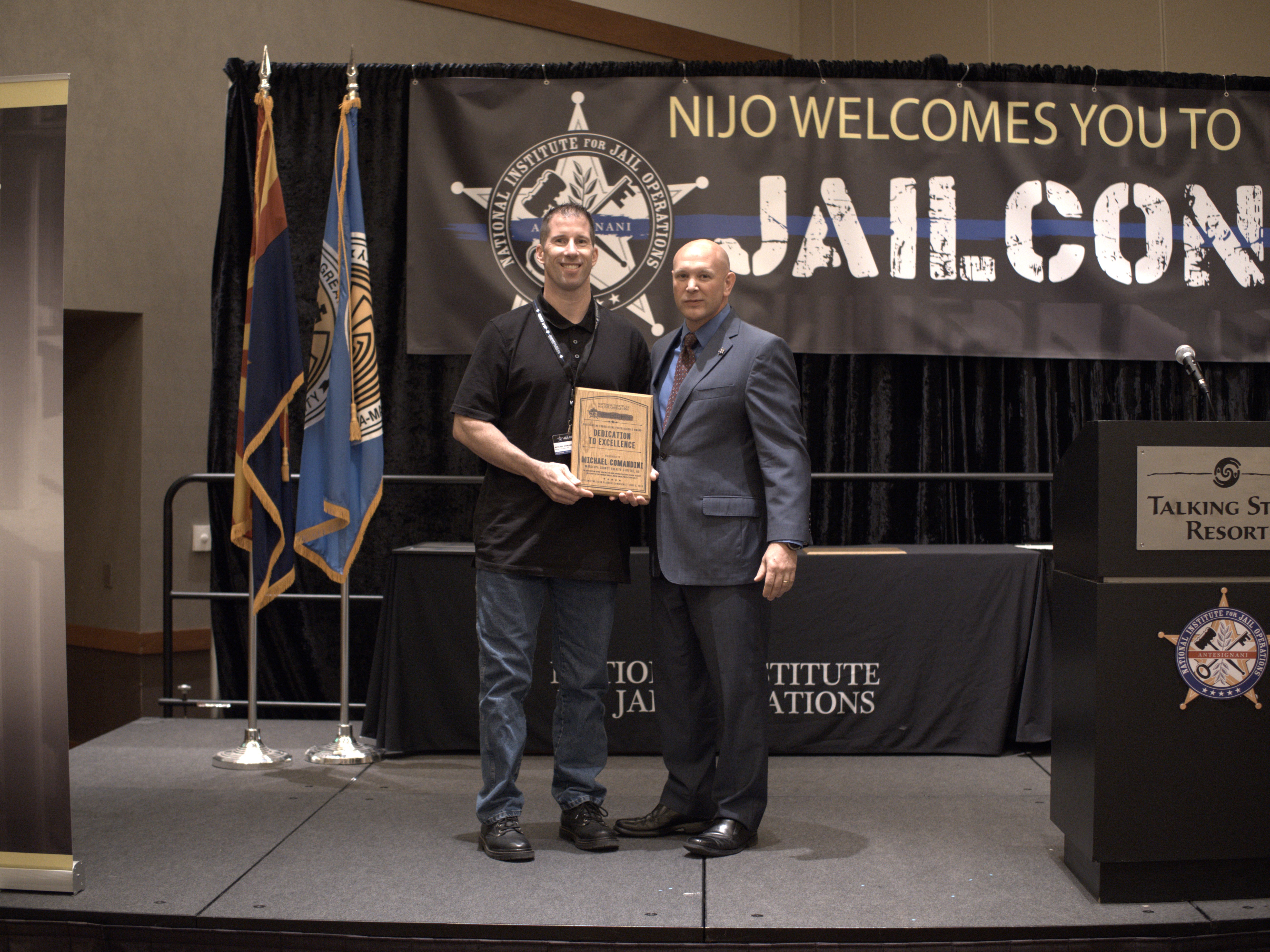 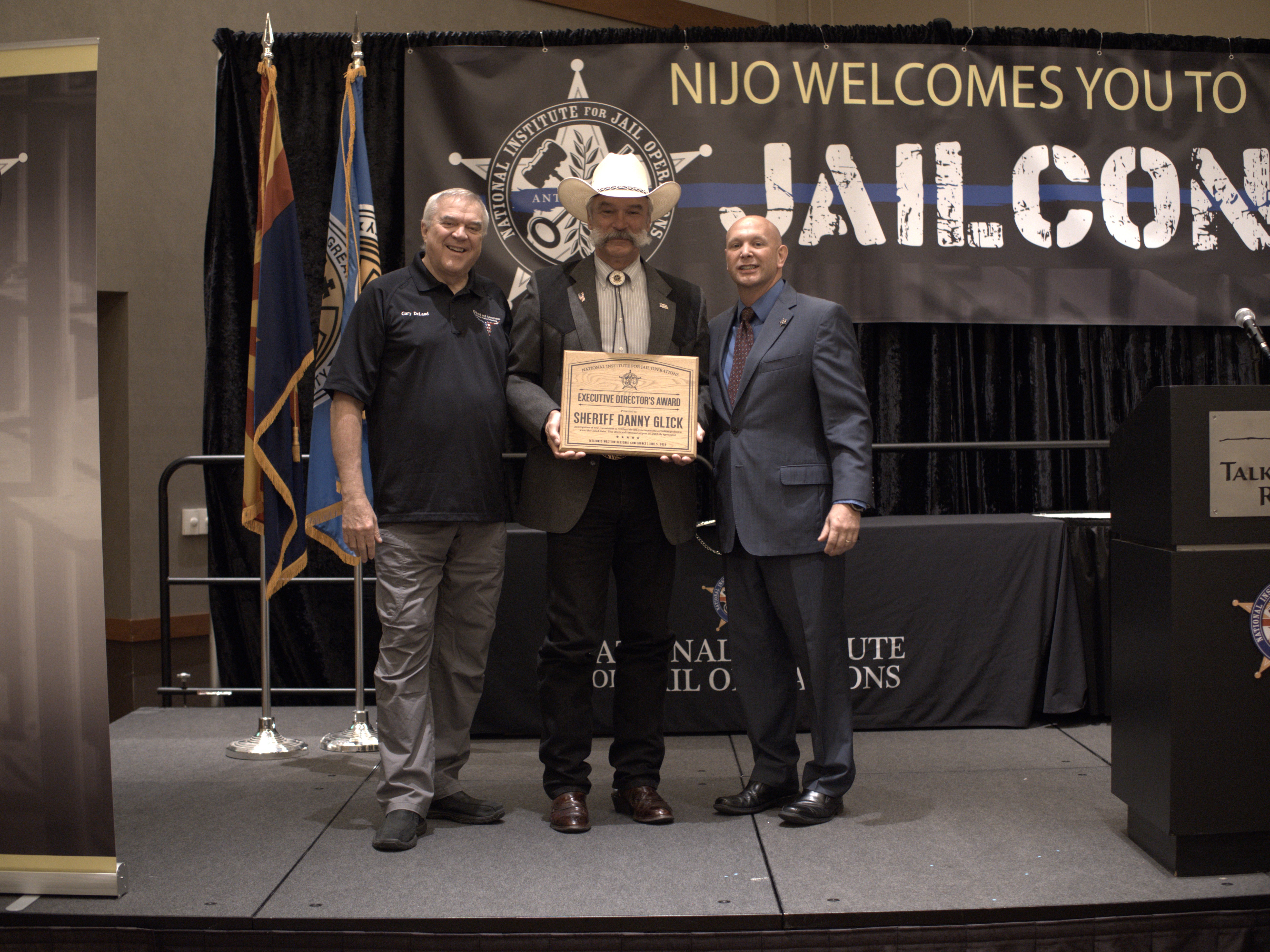 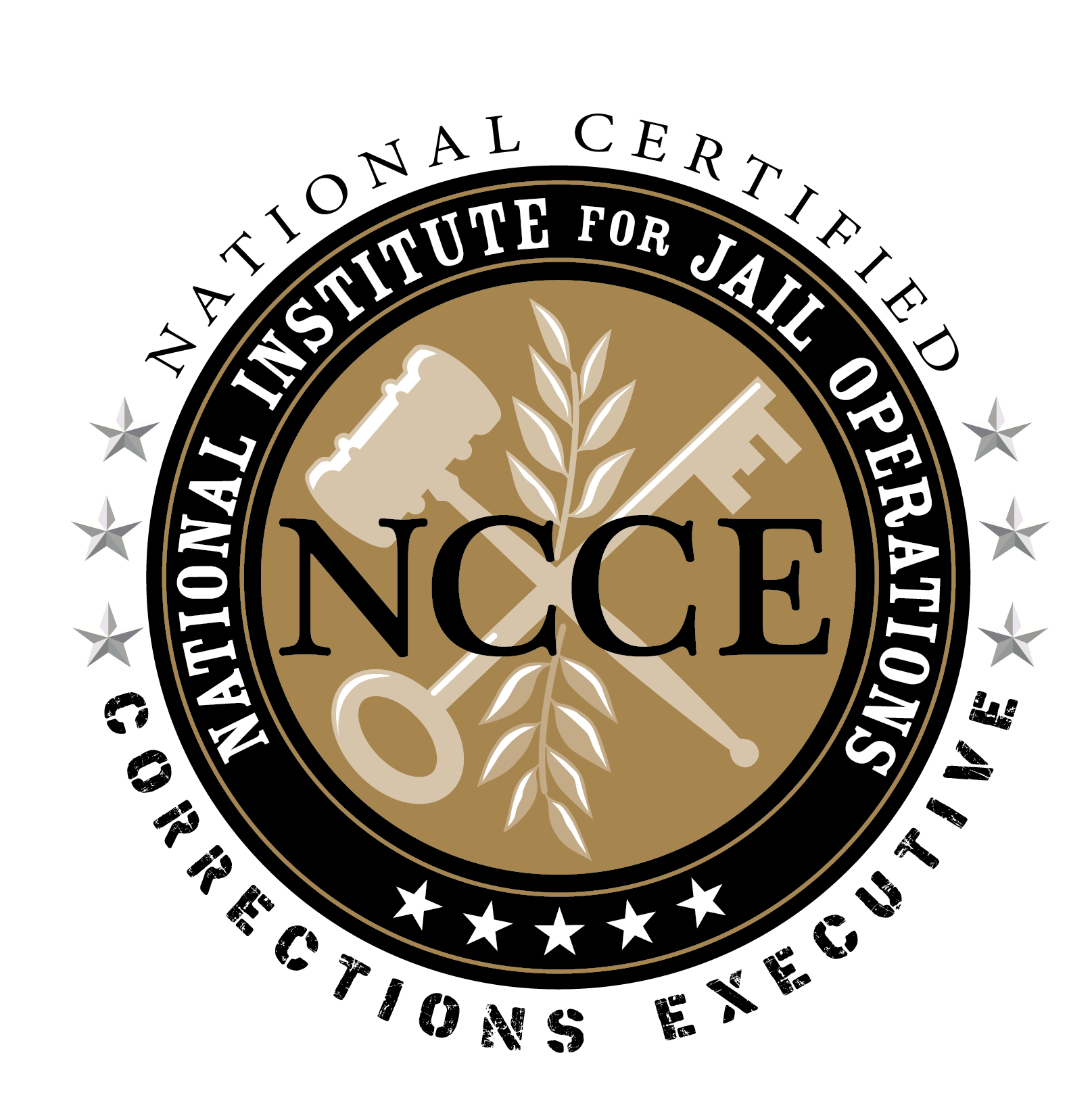 National Certified Corrections Executive (NCCE) Certification was awarded to the following individuals at JAILCON19 in Scottsdale: NIJO Accreditation is an established process for correctional administrators to verify and be recognized nationally as compliant to what the law requires to run a constitutionally safe facility.  As the only such accreditation in the country, NIJO promulgates over 600 legal-based guidelines specific to each state, to ensure that detention and correctional facilities comply with current legal requirements applicable to each state, circuit court and federal rulings and statutes.  Achieving accreditation is not a walk in the park.  It requires legal-based policies and procedures, documentation and consistency on all levels.

Pima County Detention Facility is recognized as the first county in the entire country to achieve re-accreditation Level I status – the highest that can be awarded by NIJO. 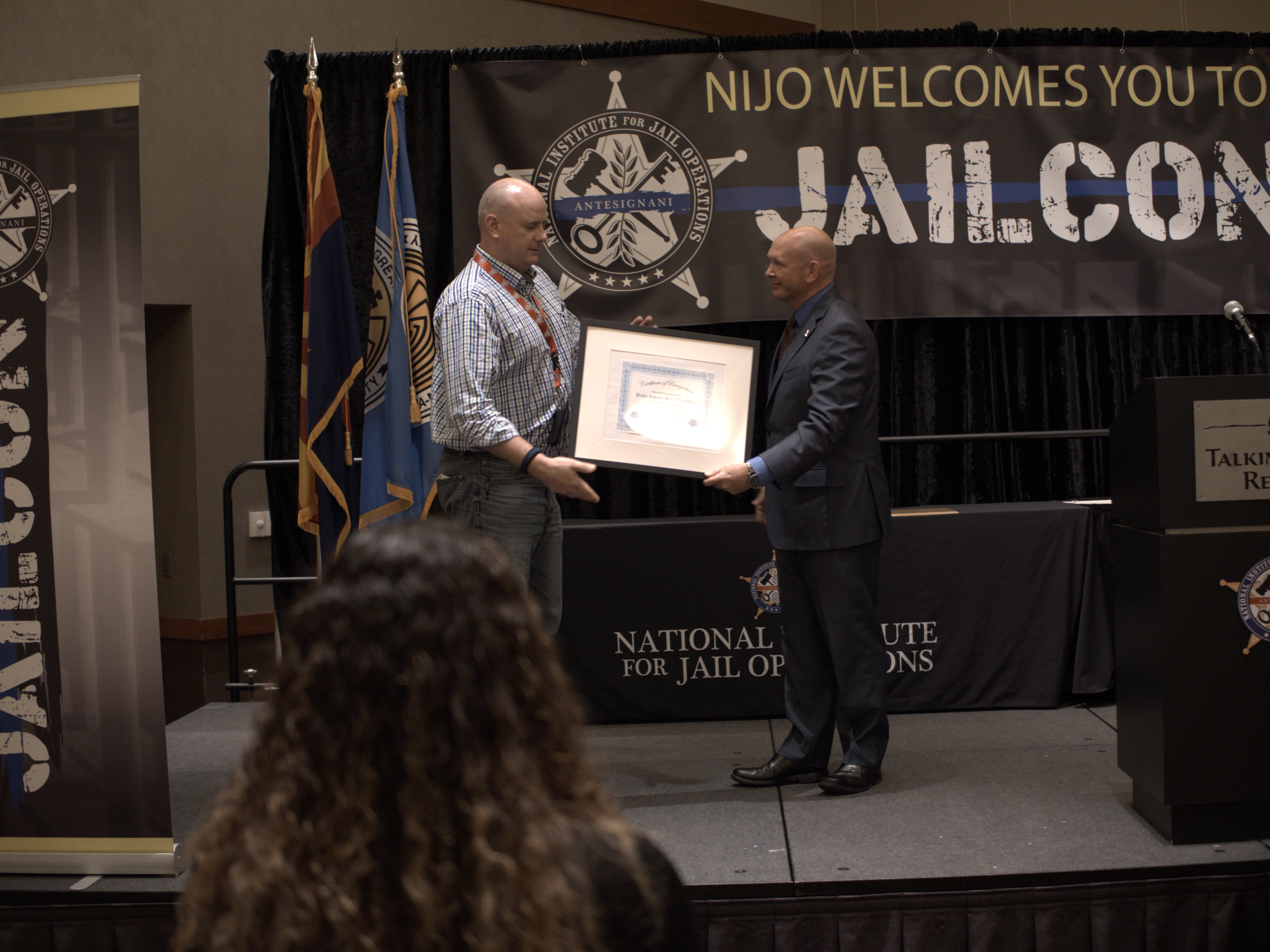 Since their initial accreditation in 2012, Pinal County Detention Facility has worked diligently to keep its policies and ongoing operational practices current and compliant to the law and the Arizona Legal-Based Guidelines amidst intense budget cutbacks, depleted staff and numerous other challenges. 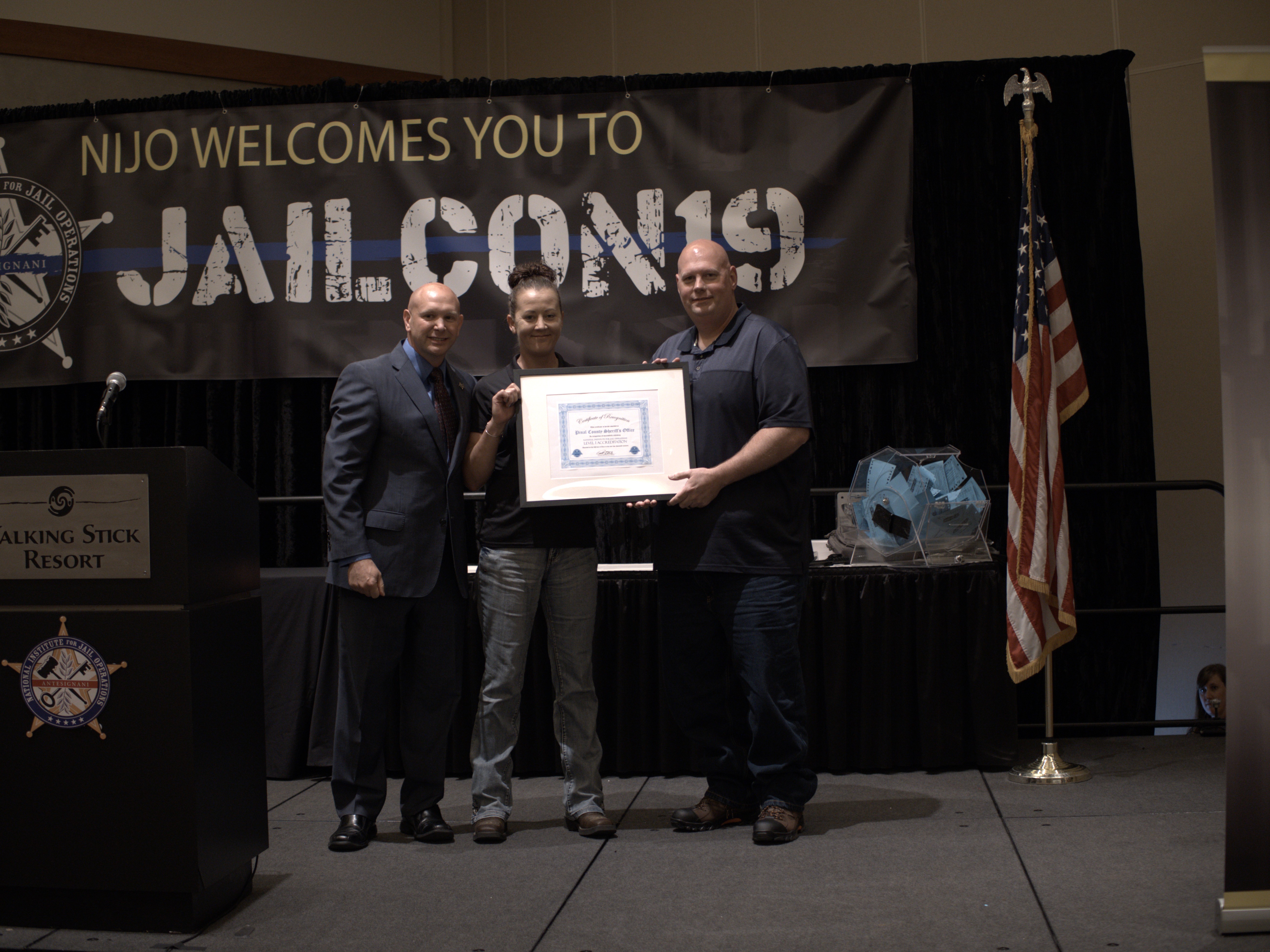