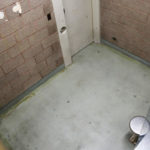 CHICAGO, IL- A man who was accidentally trapped inside a Cook County Jail cell for more than 30 hours while trying to visit his son was awarded a $600,000 settlement, an official said.

A Cook County Sheriff’s Office spokeswoman confirmed the settlement Monday, but Farad Polk’s attorney could not be immediately reached for comment.

“As we said at the time of this very unfortunate incident, we are so very grateful Mr. Polk was found safely,” Sophia Ansari, press secretary for the Cook County Sheriff’s Office said. “We are pleased that this matter has been resolved.”

While visiting his son in July of 2014, Farad Polk was taken to a part of the Chicago jail he’d never been to after his son was moved.

After being directed to “go down the hallway and turn to the right,” Polk entered a door that had been propped open. The man thought he was entering the visiting area to see his son, but the room is reportedly where people visit the “highest classification” super-maximum security prisoners and is not used on the weekends.

“I’m sitting there waiting for five minutes and say, ‘This ain’t right,'” Polk said at a news conference at the time, “so as I turned around to buzz out, there was nothing to buzz out. It’s just a room.”

Polk said he was trapped in the 8-by-8 box for 32 hours. He had to use the bathroom on the floor and sleep on concrete with no food and water, he said.

Polk said he thought he would die in there and was suing for emotional trauma. He said he kept reliving the traumatic event and had not been able to visit his son since the incident.

Cook County Jail spokesperson Cara Smith called the incident at the time “the perfect storm” and said “a set of bizarre circumstances” allowed it to take place.

Polk was rescued after he broke a sprinkler head and was found by firefighters with the Chicago Fire Department.

He said he was handcuffed and questioned before being released. Polk needed stitches on one of his thumbs from breaking the sprinkler and was treated at Rush University Medical Center.

Polk’s attorney, Cannon Lambert, told reporters at the time that the incident never should have happened and wants to make sure it never happens again.

Smith said an incident like this has never happened before, and he hopes it never happens again.

“I met him at the hospital, and he was exceptionally gracious and grateful to be out of the room,” Smith said. “We expressed how sorry we were and gave him a ride back to his vehicle [at the jail].”