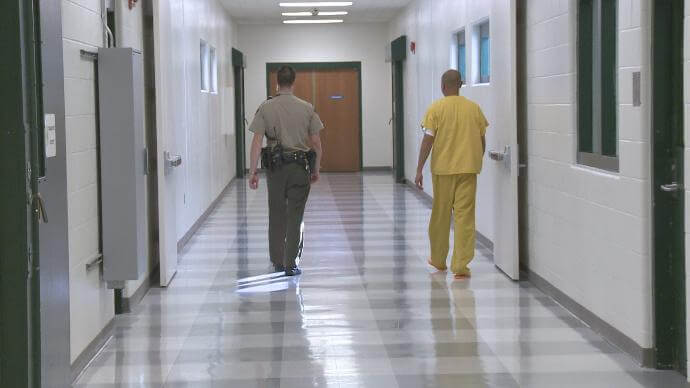 ORANGE COUNTY, CALIFORNIA – Wedged between discussions about MediCal and diabetes prevention is a primer on how to saturate our communities with felons who have had mental health problems. This radical new law is contained in the omnibus health trailer budget bill, Assembly Bill 1810, but it has little to do with health.

The little-known bill was signed June 27, inserted into unrelated legislation at the last minute by an unknown author. That gives even more felons a get-out-of-jail-free card.

It works like this: while awaiting trial, defendants claim that their crimes were committed because of a mental health issue and they get an agreement from the judge that they can go through diversion. Diversion is normally a way of working off a sentence. But in this case, the criminal would presumably receive counseling and if it was deemed “successful,” his or her record would be sealed as if the crime never happened. The criminal would walk out of court free and clear.

No victim protection, no restitution, no justice.

The only caveat is that diversion has to be less than two years so a mass murderer won’t likely be cured in two years. However, the bill doesn’t limit the type of crime involved so in theory this could entail a killer who claimed he or she was mentally unstable at the time.

All of this is done without any input by prosecutors, who would have no chance to cross examine the psychiatrist to determine whether the report is actually valid.

There are plenty of felonies that qualify for this program because charges often get downgraded in the court process and murders are no exception.

Under the law, defendants who fall within the category of “mental disorder” include those who have the following illnesses: male hypoactive desire sexual disorder; sexual sadism; voyeurism; pyromania; oppositional defiant disorder; and kleptomania.

Currently, defendants undergoing diversion — which can occur pre-trial or after a guilty plea — still have their charges publicly displayed. Now, due to this law, the public is not protected as a whole new class of mentally ill criminals will enjoy a life where no one will learn about their sordid past.

The language in the bill only stipulates that the defendant “substantially comply” with diversion to earn a dismissal. What is the standard for “substantial”?

You will never know, as his or her record was expunged by a judge who gave this person an incredible break by allowing this two-year diversion program.

I’ve fought the scourge of crime my entire career, first as a prosecutor then as a state assemblyman, and it’s a constant battle.

While in the state Assembly, I chaired the Select Committee on State Prisons and was a member of the Public Safety Committee. The unjust way that the pendulum swung in favor of defendants over victims led me to champion several laws, including Marsy’s Law, which is a crime victim’s bill of rights that has been thwarted under this new law.

I realize that defendants with a true mental illness do not undergo a criminal trial until they have the psychiatric help to make them understand our legal process. This is the law.

To that end, I now co-chair Orange County’s “Stepping Up Initiative” along with the sheriff — a national program to identify jail inmates with mental health issues, which makes sure they get the care they need. This is a responsible program, unlike AB1810 which gives a one size fits all approach to a huge sector of defendants without legal checks and balances.

Just as our prisons and jails were cleared out because of legislation softening the punishment for sexual assault and drug crimes, this is yet another tool for activist judges who believe defendants with a violent upbringing or some other sort of trauma is an excuse for criminal behavior.

I’m hoping this damage can be undone by either a voter referendum or judges who see this law for what it is and refuse to grant diversion.

Sacramento has yet another example of how the criminals win and increase crime in our communities while the victims lose.