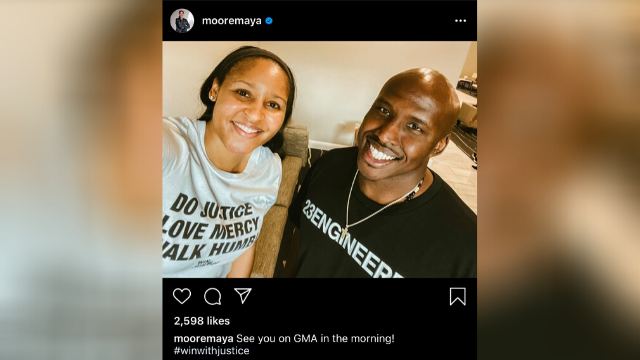 A Missouri man was freed from prison after his conviction was overturned more than 20 years after he was sentenced.

Jonathan Irons, 40, was convicted as a teen for a 1997 home invasion and shooting of a homeowner in O’Fallon, Missouri. Irons insisted he wasn’t there and claimed his innocence. He was sentenced to 50 years in prison.

On Wednesday, Irons was released from Jefferson City Correctional Center and walked free as an adult man.

“I feel like I can live life now,” Irons said. “I’m free, I’m blessed, I just want to live my life worthy of God’s help and influence.”

Irons was greeted by WNBA star Maya Moore who helped lead the charge for his release. She sat out the entire season last year to focus on criminal justice reform. Irons’ conviction was recently overturned due to new evidence.

“Thank God it’s over,” Moore said in a video of Irons’ release she posted on her Instagram, captioned with the word “FREEDOM.”

The case has received national attention because of Moore’s involvement. She first met Irons in 2007 during a visit that was part of the prison’s ministry.