My 7-Year-Old Taught me Prison is Part of our Family Story, but not the Whole Story

My 7-Year-Old Taught me Prison is Part of our Family Story, but not the Whole Story 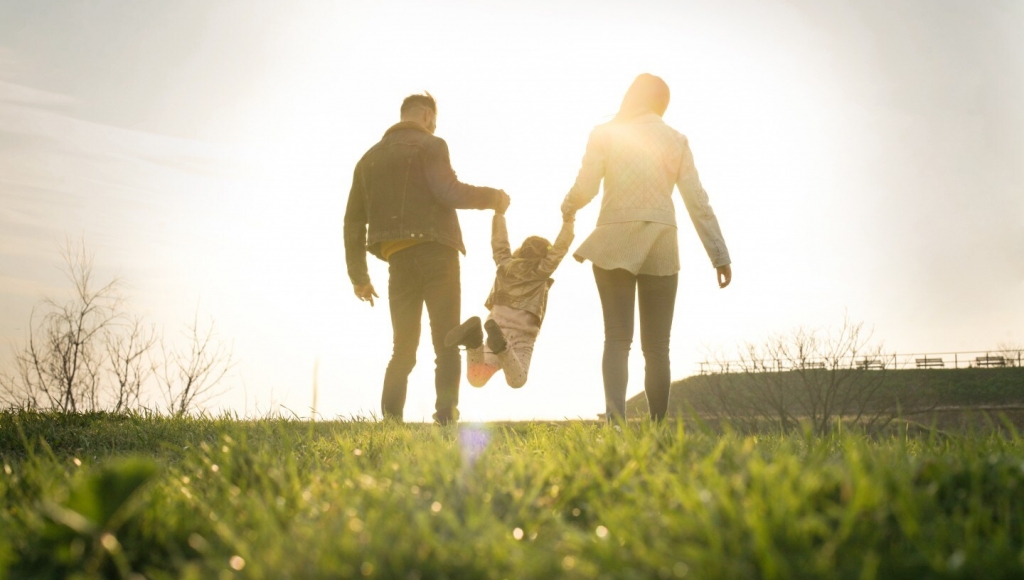 It was the Christmas we’d waited for her whole life. My daughter, Melly, was up early, her blond hair still tangled from sleep. From her place at the window, she’d turn back to smile at me every few moments. She was a week shy of 6 and her soft, round hands and pink cheeks held the last breaths of babyhood. “They’ll be here,” I promised. When she saw her grandpa’s car turn into the driveway, she jumped up and down, “He’s finally here! He’s really here!”

Her grandfather had picked up her dad from prison that morning, and as they walked toward us, none of us could quite believe that after so long, so many seasons of being a family fractured, her dad was really here, with us, that we were really here, together.

Aaron had been incarcerated since right before Melly was born. Despite this, their bond had flourished, and she is as attached to him as any child is to a parent. That evening, with Nat King Cole in the background, he lifted her up to place the gold star on top of the Christmas tree. It was both the best Christmas ever, and yet it felt strangely as if it had always been that way, as if we had always been a regular family, instead of one separated by hundreds of miles and cold metal bars. The prison Aaron had been in resembled a castle, and that’s how our daughter referred to it: the timeout castle, the jail castle.

While I was not sentenced to serve time, I was also not innocent in what landed Aaron in prison. We had struggled with opioid use disorder, and, in the throes of addiction, spiraled our lives into an incoherent web. We were arrested when I was nine months pregnant. Getting to be Melly’s mom is what saved me from myself, and set me on the path to health and happiness. Part of rebuilding my life after the arrest has been a career working to expand access to evidence-based addiction treatment and harm reduction services, and advancing criminal justice reforms to strengthen communities and keep families together. I know well that the baggage of entanglement with the criminal justice system — the collateral consequences, emotional scars and dark cloud of stigma — lingers long after the debt to society has been paid. But naively, I hoped that Aaron coming home was the end of that chapter of our lives; I wanted the castle to close its doors behind us and free us of its shadow forever.

In reality, Aaron’s release marked not the end of our worrying about how to navigate the topic, but rather just the beginning. Our village of friends, family and colleagues includes many who have been directly affected by the same issues we struggled with, and others who have no personal experience themselves, but empathetic hearts that expanded to understand our situation. We are so fortunate to have in our lives these people who supported us through the castle years and excitedly helped us plan for his homecoming.

With acquaintances, though, I was typically more guarded; I didn’t lie, but I also didn’t volunteer the details of these differences about our family. I can only imagine that when Aaron suddenly showed up in the picture, taking our daughter to school and helping with homework at the library, there must have been some questions about who this person was, this dad, who’d appeared seemingly out of nowhere.

As soon as Aaron got home, Melly seemed to start talking about the castle more, and with anyone. In school she wrote a book, The Day My Dad Came Home, full of colorful illustrations and hearts over the i’s. On a family vacation in New Mexico, she remarked to the man driving our cab to the airport, “That’s where we bought my dad food packages when he was in the jail castle!” as we passed a Walmart. And to a classmate we don’t know well, nonchalantly began a story, “When my dad was in jail Mommy and I rented a cabin near the castle …”