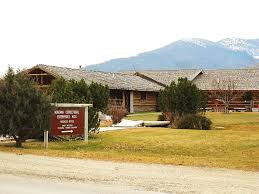 At Montana State Prison in Deer Lodge, many inmates wake up every day and go to work.

Smith is just one of nearly 700 men and women in Montana Correctional Enterprises’ training program.

They make benches, license plates, clothes and more. Those products brought in over $20 million in fiscal year 2019.

Their program is different than most other state agencies — it runs off of their revenue, not taxpayer dollars.

“We’re not about making money,” said Gayle Butler, Montana Correctional Enterprises administrator. “We’re about training inmates and doing it at no additional cost to the taxpayer.”

Butler shared MCE’s revenue statement with NBC Montana. It shows over $11 million to cover the costs of their materials. Around $4 million is used to pay the wages and benefits of their 93 employees.

Another $450,000 goes toward paying their inmate workers, including money put into savings to set them up once their released.

After subtracting all of those amounts from their $20 million in revenue, only $159,000 is left.

“All of this money is in the state treasury, just like every other state agency,” Butler told NBC Montana.

NBC Montana also asked MCE about the wages they pay those inmates.

Behind bars, they are paid a fraction of that amount. Butler says there are other paid expenses involved.

“There’s no such thing as cheap inmate labor,” said Butler. “People think that $4.50 a day or $5 a day is cheap, which I mean — you heard that, and it is. But remember, we’re paying 30-some-thousand dollars a year for each one of these inmates to live.”

The prison is also required by law to provide them with health and dental care.