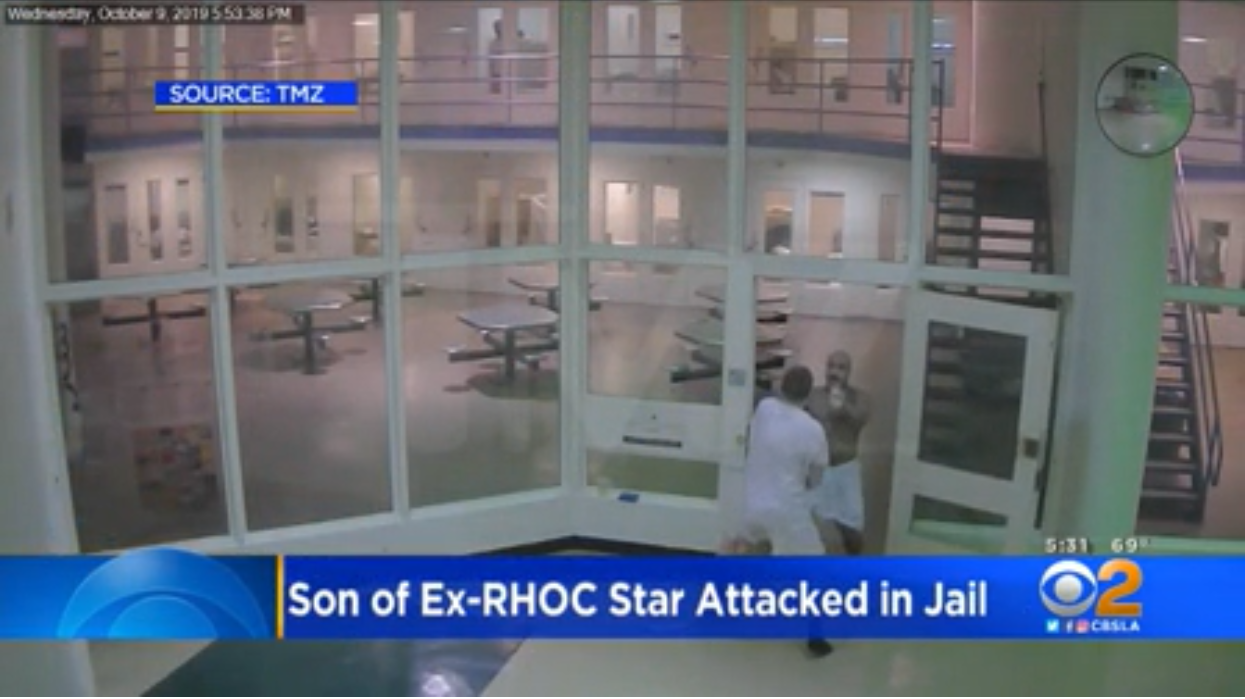 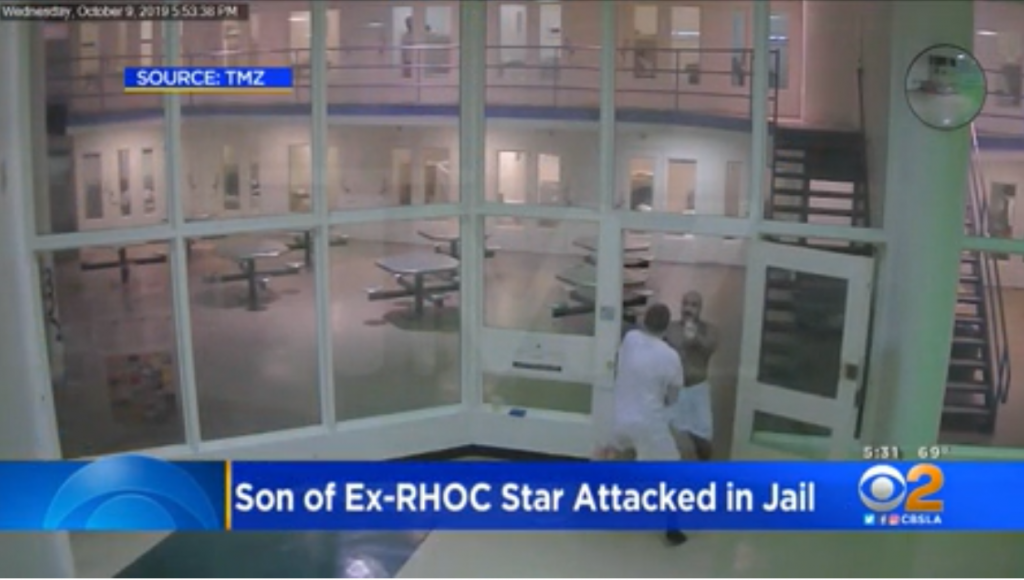 Footage from inside an Orange County jail shows the son of former “Real Housewives of Orange County” star Lauri Peterson being brutally slashed in the face by another inmate.

The video, obtained by TMZ, shows an inmate hiding under a set of stairs, appearing to be waiting to jump the reality star’s son, 30-year-old Josh Waring, who is also an inmate at Orange County Central Men’s Jail in Santa Ana.

A heavily tattooed shirtless inmate can be seen running towards the door as Waring enters and begins swinging at him.