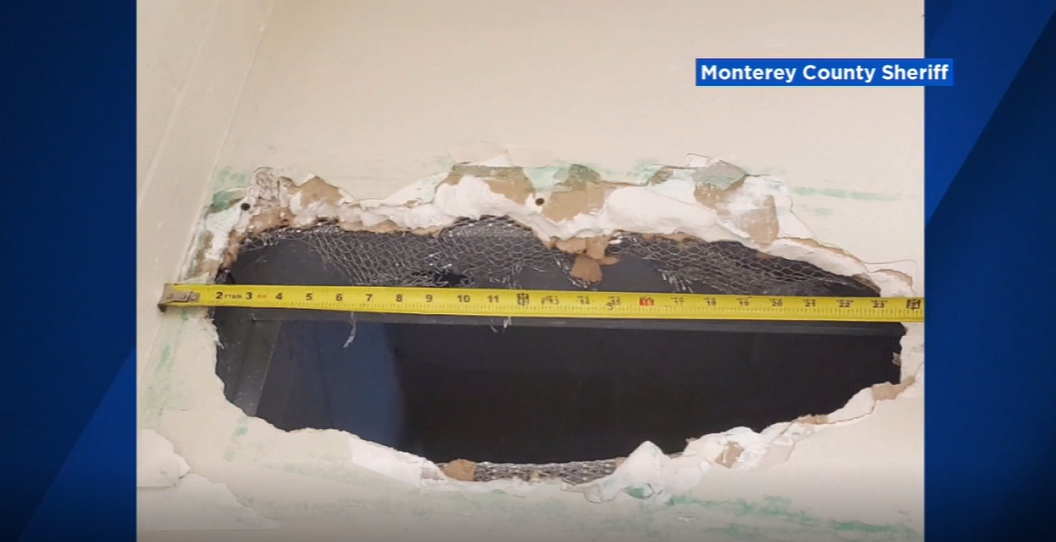 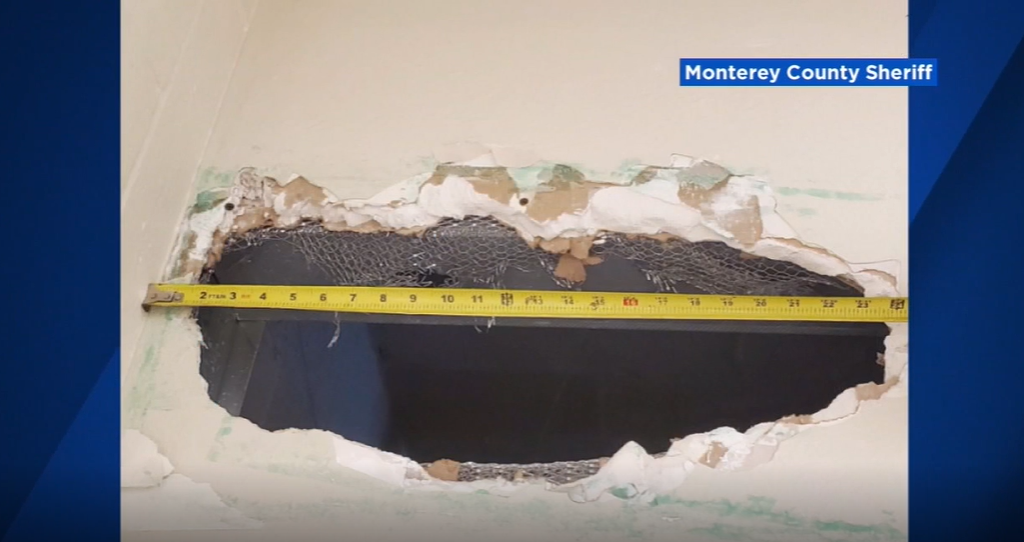 Two inmates charged with murder broke out of a California jail over the weekend after climbing through a hole they made in a bathroom ceiling of their housing unit and then squeezing through a wall before finding an escape hatch, authorities said Monday.

Santos Fonseca, 21, and Jonathan Salazar, 20, made the hole measuring about 8 inches (20 centimeters) tall and 22 inches (56 centimeters) wide in the guards’ blind spot and then slipped into the walls of the jail Sunday in the city of Salinas, Monterey County sheriff’s Capt. John Thornburg said.

Inside the wall, the two inmates maneuvered past ducts and pipes in a maintenance access area until they reached a hatch. They kicked it open and made it to an outdoor area that was covered in construction fencing, rather than security fencing with barbed wire, Thornburg said.