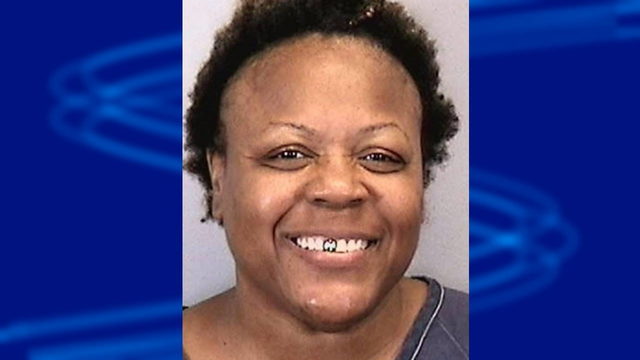 An inmate at a Florida county jail rushed at a guard while naked and injured the female deputy, authorities said.

Awanda Baker, 46, faces additional charges after the Thursday incident at the Manatee County Jail, according to the Bradenton Herald. According to jail records, Baker was jailed because she failed to answer a summons for n a prior misdemeanor battery charge.

According to the Manatee County Sheriff’s Office, Baker was housed in a special section of the jail reserved for disruptive inmates, the newspaper reported.

Deputies said Baker became disruptive after 8 p.m. Thursday and was warned she would be pepper-sprayed, WWSB reported. When the deputy attempted to use the pepper spray, Baker covered herself with a blanket.

The deputy pulled off the blanket, and that’s when Baker allegedly rushed the guard, the Herald reported. According to the Sheriff’s Office, the two fell to the ground and Baker bit the deputy, the newspaper reported.

Surveillance video at the jail allegedly shows Baker throwing several punches at the deputy and hitting her on the back the head, WWSB reported.