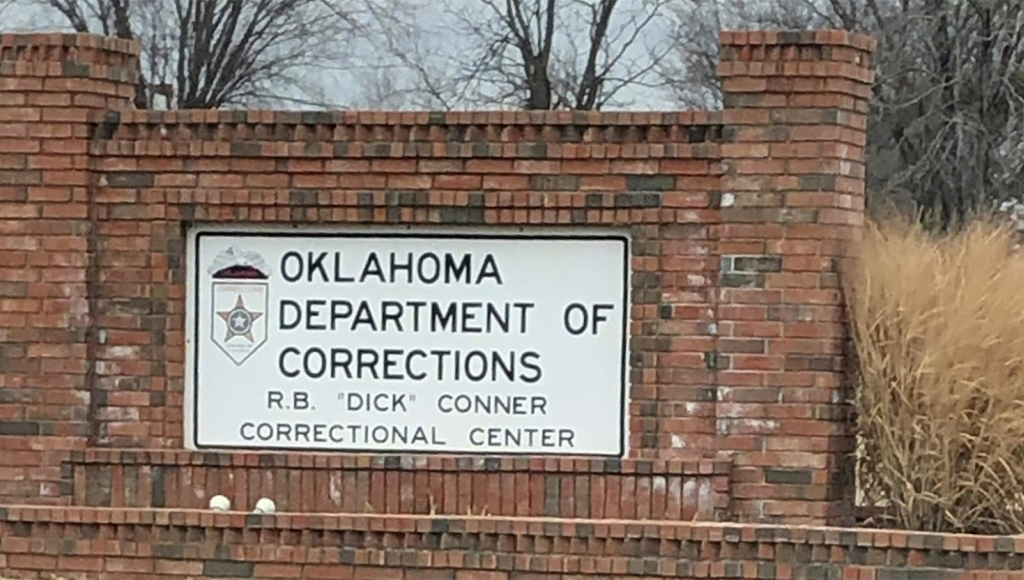 Oklahoma prisons remain locked down Monday after a string of inmate fights over the weekend at several state facilities left one inmate dead and more than a dozen injured, officials said.

The fighting began Saturday at the Northeast Oklahoma Correctional Center in Vinita, the Oklahoma Department of Corrections said Sunday. The outbreak of violence then continued Sunday at five more prisons, in Hominy, Sayre, Forty Supply, Lawton and Stringtown.

One inmate died at the Dick Conner Correctional Facility in Hominy, about 90 miles outside Oklahoma City, the department said. More than a dozen others throughout the state were taken to hospitals with non-life threatening injuries.

Details on the death, the other injuries and what sparked the fights weren’t immediately available.

Police did tell Oklahoma’s News 4 on Monday, however, that one inmate at the Lawton Correctional Facility was stabbed multiple times and required an airlift to a hospital in Oklahoma City.