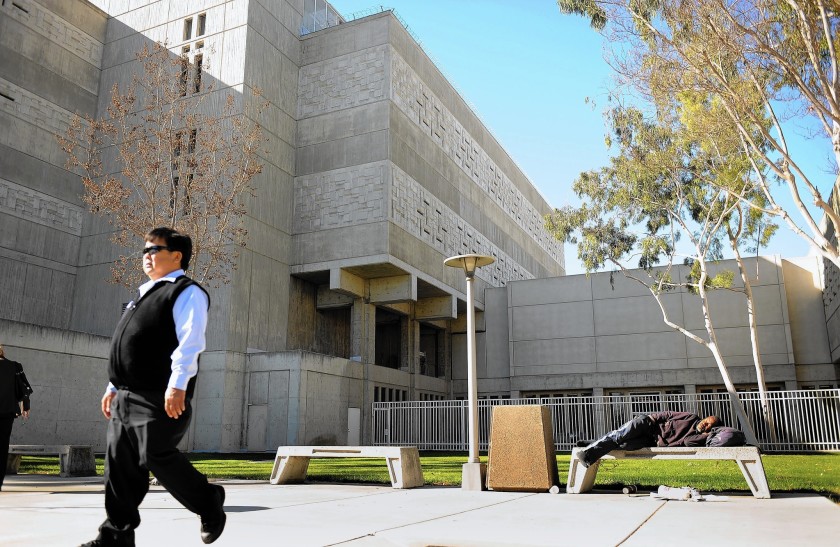 An inmate in the Men’s Central Jail in Santa Ana has tested positive for the coronavirus, the first Orange County inmate to do so, a sheriff’s spokeswoman said Tuesday.

The inmate, whose name was not released, is in his 40s. He recently showed symptoms of the flu and was placed in isolation, said Carrie Braun of the Orange County Sheriff’s Department.

The man has “moderate symptoms” and does not require hospitalization, she said.