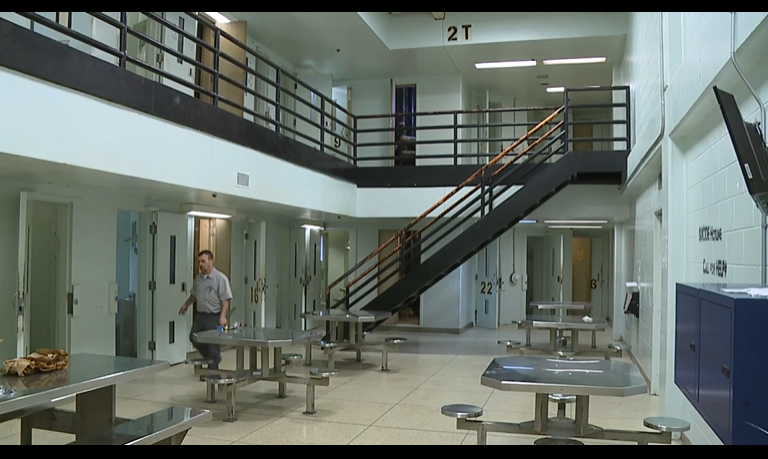 “We’ve had a drop in our population and that’s about 300 beds, and what that’s allowed us to do is close down housing units like this and do a full scale maintenance check of locks, windows, lights, fix some plumbing and do a full repaint of the facility.”

The cell blocks’ last fix ups coincided with an influx of state prisoners returning home to serve their sentences and crowd the jail’s population.

“The last four or five years it’s been very hard and difficult because of our number,” said Martin. “We’ve had every bed filled, and then sometimes we’ve had over capacity where we’ve exceeded our capacity to a point where you can’t get in here, and so it’s made it tough.”

Martin stood in the middle of cellblock 2-T, typically home to 52 offenders deemed well behaved enough to be assigned to the jail’s general population.