According to the Supreme Court, one of the elements necessary to assist inmates’ access to courts is prohibiting jail staff from actively interfering with prisoners’ attempts to prepare legal documents1 or otherwise interfering with access by imposing unconstitutional barriers to access courts and counsel. 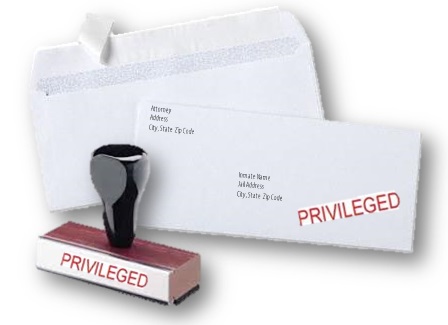 outgoing, should be considered “privileged” and designated as legal or confidential.  Having been designated as such, privileged mail should not be read by jail staff.  If mail could be read by the staff, the court reasonably declared it could possibly “chill such communications”2 perhaps making attorney interaction and representation to their inmate clients difficult.

However, the courts have also clearly explained a “privileged” mail designation does not exclude the correspondence from being subject to inspection by staff.

In the case Wolff v. McDonnell3, the Supreme Court stated “The possibility that contraband will be enclosed in letters, even those from apparent attorneys, surely warrants corrections officials’ opening the letters.”

Anyone who has worked with mail in a correctional setting knows inmates and those who send inmates correspondence have tried to sneak in items such as drugs or nude photos under the “privileged” or legal mail umbrella, hoping it will not be inspected at all or less than regular personal mail.  For example, a package sent to an inmate marked as “legal” from the law firm of “Jones & Jones” turned up 3 oz of marijuana while being inspected for contraband.  Upon further

investigation, it turned out the sender ordered a stamp online and selected Jones & Jones because “it sounded very official.”  It is also not unusual to find practicing attorneys sending non-privileged correspondence, such as birthday cards, to inmates.  Thus, it is important that policies and procedures address associated issues governing the inspection of privileged mail.

DISCLAIMER:
The training materials provided are for use only within the scope of your jail and may not to be distributed otherwise without written permission by NIJO.  The information contained herein is to be used solely for training purposes and shall not be construed as legal advice.  Users of these materials should consult legal counsel to determine how the laws of their individual jurisdiction affect the application of these materials and guidelines to their individual circumstances.