Correctional institutions are constantly striving to provide meaningful opportunities for those incarcerated to rehabilitate and break the cycle of recividism.  Educational classes, treatment and religious programming, life skills and work release programs vary from facility to facility depending on available resources.  The use of volunteers and organizations in a jail is common and for many critical to provide these valuable programs for the inmates.  However, policies and procedures which lack addressing those volunteer qualifications and their screening can put the administration, staff, inmates, and public at risk.

One such example would be Najmudeen Salaam, who served 18 years in prison for rape.  Upon his release in 2009, Salaam began volunteering at the prison, mentoring other inmates.  Salaam has a master’s degree in human behavior and had lectured around the country, including at Harvard University and created the Win-Win Institute, which contracted with the Ohio Department of Rehabilitation and Corrections to provide services, speaking to and mentoring prisoners.  He also started working as a contractor for the Pris 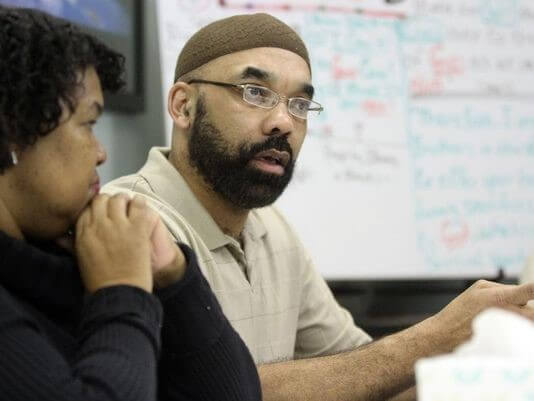 on News Network (provided programs, department training videos and other community service projects) at the Marion Correctional Institution in August 2015.  On May 15, 2016, Salaam was arrested after a two month investigation by the Marion Metro Dug Enforcement Unit and the Ohio State Patrol, after being caught with 365 grams of cocaine and cash during a traffic stop.[1]  Upon hearing the news of the arrest, the administration cancelled the contract with Salaam and began looking at surveillance videos to determine he was taking drugs into the prison where he worked.  Salaam removed a GPS tracking ankle bracelet he had been ordered to wear and did not show up for a scheduled hearing.  Authorities found the cut ankle bracelet in an alley a couple of houses down from where Salaam lived.[2]

It is interesting in Salaam’s case, the Director for the Ohio Department of Rehabilitation and Corrections contracted with Salaam one year after his release, with complete understanding of Salaam’s background and potential risk.  In fact, the director, Gary Mohr, lobbied extensively with the Department of Justice to make an exception for Salaam to be hired.  He publicly questioned the Prison Rape Elimination Act DOJ standards, which has a provision that states no one with a sex offense charge can be an employee or a contractor at a correctional facility.[3]

OPERATIONAL APPLICATION:
Budgets are rarely adequate to meet operational and service programs for inmates and valuable community resources may be available to facilities.  As well as with contracted organizations, many students, retired people, and professionals may volunteer to provide or assist in providing services and programs to inmates.  Safeguards in policies and procedures are necessary to protect facility security and operational integrity.

The administration also has the ability to reject the person from access if it has reason to believe the person would not obey policies and posted rules and regulations for the facility, be vulnerable to intimidation or manipulation by the inmates or for philosophical, moral or other reasons that would deter him or her from strictly following and supporting security requirements.[5]