Over the last few decades the very act of conducting searches has brought wide public scrutiny and lawsuits against correctional administrations.  Some resulted in class action lawsuits that cost taxpayers millions of dollars.  The confusion on various circuit court’s rulings on strip searches was essentially put to rest when the Supreme Court ruled in 2012 that is was no longer required for administrations to have reasonable and individualized suspicion to conduct searches.[1]   Still, issues of cross-gender searches began to hit the courts as female populations and an increasing female workforce arose.  What actions were legally acceptable for female and male officers?

Now fast forward to 2018 to pile on more questions–

You are working your shift in the booking area and have an arrestee that is being moved from a holding cell to a general population housing unit.  As part of your facility’s procedure, you initiate dress change-out and proceed to conduct an authorized strip search.  Although appearances, voice and perhaps even arresting officer’s paperwork told you otherwise, you quickly realize half-way through the process that the individual you are searching is not of the same gender; the anatomy reflects partially altered genitalia.  What happens next?

In efforts to not violate clearly established laws, using gender as a classification tool has been necessary for housing assignments as well as overall safety and security by administrations – including searches.  However, it is not so simple anymore to know the gender of the individual being searched.  Policies and procedures governing cross-gender searches 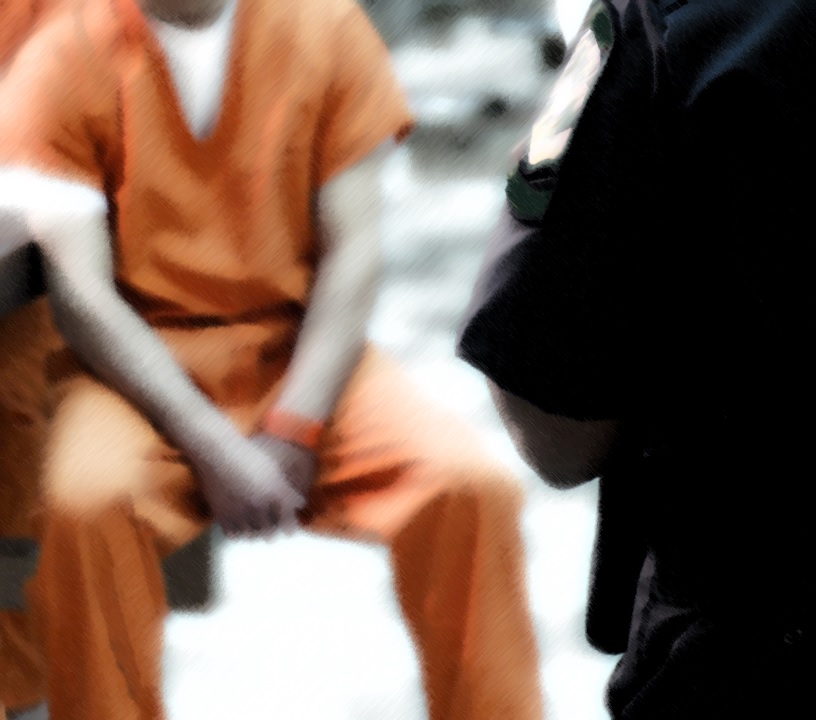 and supervision may need to be revisited, including searches of male inmates by female staff; searches of female inmates by male staff and the cross-gender supervision of inmates.   With a rising transgender, intersex and other gender populations that self-identify and differ from what used to be “LGBTI”, administrations can have considerable difficulty in trying to meet the individual rights of inmates while balancing the safety and security of the facility.  The duty to protect that very inmate and other inmates may be put at risk by simply following that individual’s request to be housed in a particular housing area.  Consider this point as administrations struggle to determine a course of action that is defensible.

In Feb 2018, Sheriff Vicki Hennessy (San Francisco, CA) changed her jail’s Transgender, Gender Variant and Non-Binary (TGN) Policy and Procedures.  Of particular note, Sheriff Hennessy explained that TGN inmates may specify – not just their gender identity – but also that of their inspecting officer:

“If they (inmates) wish, they will note their preference for the Deputy’s gender identity who will perform a visual body search – the first Sheriff’s Department in the country to offer this choice–as well as their housing preferences based on self-identified gender.”[2]

This policy change required about a thousand deputy officers and civilians to undergo training.  There were only 13 transgender inmates at the time this policy was produced.  The visual searches were to be conducted through two newly ordered $300,000 body scanners, which any inmate could ask for, regardless of gender.  It was reported that strip searches would only be conducted only if an inmate “triggers” the system.  Having been contacted by numerous agencies on this issue, the transgender issue raises a number of questions associated with staff and searches.

Firstly, Title VII prohibits gender-based employment discrimination.[3]   There have been lawsuits and numerous settlements since the evolvement of the DOJ PREA standards where female officers have sued administrations trying to be DOJ PREA certified who did not allow cross-gender searches per the standards, except in exigent circumstances.[4]  It is interesting that the standards were modified in August 2017 stating facilities whose rated capacity did not exceed 50 inmates should also not permit cross-gender pat-down searches of female inmates, absent exigent circumstances.[5]

Case law certainly doesn’t differentiate between a 5 bed or 5000 bed facility – the law is the law regardless of its size.  Standards like this continue to create confusion and frustration for administrations and especially for those in the trenches who are tasked with performing these searches.  Searches, when done in the proper manner, are constitutional.  The Supreme Court termed as “at best a novel argument” the assertion that a jail “is a place where [one] can claim constitutional immunity from search or seizure of his person, his papers, or his effects.”[6]

Because a large portion of any jail population are male, women must be permitted to conduct as many of the duties of corrections officers as possible, including duties previously deemed as duties only for male officers. Limiting female officer participation in searches can result not only in a violation of Title VII when restricting female officers the opportunity gained necessary to compete for promotion and assignments, but it also places a disproportionate work load and burden on male staff members.  The overall result can be reduced safety and security by limiting the number of expeditious and random searches of inmates conducted by jail staff. [7]    As the courts have begun ruling on various transgender points, we are keeping a close eye on gender and how it relates to staff interaction.  In fact, new legal-based guidelines are being announced in the next month on Gender Dysphoria.  For now, here are some of the main points to consider with frisk searches.

[11] Torres v. Wisconsin Department of Health and Social Services, 838 F.2d 944, 953 (CA7 1988) (Inmates may waive their sexual privacy “where the inmate voluntarily displays her unclothed self or fails to avail herself of procedures designed to protect her privacy.”); Lee v. Downs, 641 F.2d 1117 (CA4 1981) (“[S]he had thus exposed herself. Since her genital area was already in full view of the two male guards, it was not an horrendous additional invasion of her right of privacy . . . .”).