Standard P01.02.01 – General Right of Inmates to Marry While Incarcerated

Standard P01.02.01 – General Right of Inmates to Marry While Incarcerated

On June 26, 2015, the United States Supreme Court announced a controversial decision, ruling that the U.S. Constitution provides same-sex couples the right to marry1.   The court ruled 5-4 that the Constitution’s guarantees of due process and equal protection under the law mean that states cannot ban same-sex marriages. With the landmark ruling, gay marriage became legal in all 50 states, leaving jail administrators with the necessity to revisit and update their marriage policies according to current established law.

Interestingly, there are a number of correctional facilities that have not adopted or established policies for handling inmate marriage applications and conducting inmate marriages regardless of whether they are same-sex or not.  Some facilities have very limited descriptions, often failing to address the processes associated with the policy.  I have seen more than a few dozen policies and inmate handbooks that include limited terminology, such as “You may be granted permission to be married only under certain conditions. See your chaplain for specific details.”

Even prior to the June 2015 Supreme Court decision, homosexual marriage applications were sub 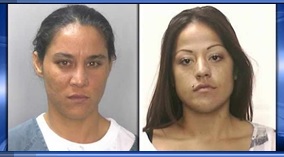 mitted to corrections officials for approval in the state of Hawaii between two female inmates.  Same sex marriage was ruled legal in Hawaii since December 2, 2013, prior to the Supreme Court decision.  According to officials, 28 year old Terann Pavao and 40 year old Totie Tauala completed all the necessary paperwork with the Department of Public Safety and received their marriage license from the state.  As it hit the media, the facility explained the process to the public:

“They’ll be in their prison garb. They’ll be an officiant there that they arranged to come in and they have two witnesses and of course, facility staff on-hand to witness what is happening. They will also be allowed to exchange wedding bands, but there’s no fruit punch or cake or anything like that.”
–   Eric Tanaka, the Acting Warden at WCCC.

Post wedding, the warden said they received no special treatment as a married couple. Officials said they are not housed together and both state and federal law prohibits inmates from engaging in any sexual acts.

While I fully support policies that provide for administrative discretion, it is always important for staff and administrators to understand and know the laws and have processes in place that allow for defensible, informed decision making.   Those that answer grievances can certainly attest to the value of this principle.

In consideration of policies and processes, note that some states have passed specific laws that provide additional requirements and rulings affecting inmate marriages, including the use of proxy marriage and otherwise.  In addition to the information being discussed below, administrators should be familiar with those laws specific to their states.

Regardless of the size of jail and available resources, administrations can craft policies and procedures that allow for inmates to marry without compromising these standards.  Take the time to look over existing policies and get them current with case law.  While inmate marriage requests do not always occur frequently, they will happen.  Administrations who have updated policies and policies can act in confidence and in compliance with what the law requires, potentially saving them hundreds of hours and thousands in litigation costs.