Veterans in Connecticut Prison Getting Help from Horses 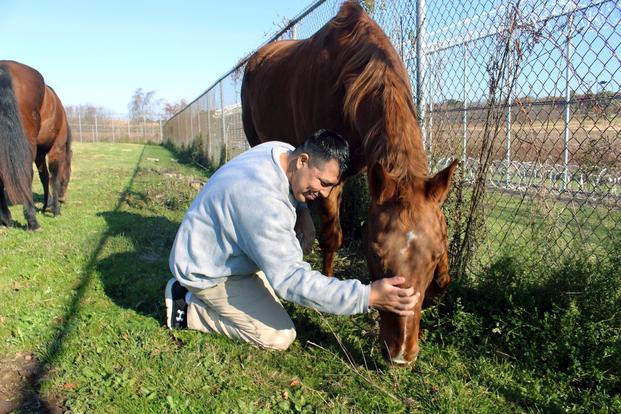 Veterans in Connecticut Prison Getting Help from Horses

Connecticut prison inmate Daniel Elliot says he didn’t feel comfortable talking about his problems until he met Hank and Sparky — who happen to be horses.

Elliot suffered a traumatic brain injury during an accident while serving on an attack submarine in the Navy. He is serving time for a 2017 arson, which he says he committed in an effort to kill himself inside his Norwich apartment.

Elliot is housed in a special 110-bed unit for military veterans that was set up in 2015 at the Willard-Cybulski Correctional Institution in Enfield. He is among a handful of those vets chosen to take part in the new equine-assisted psychotherapy sessions.