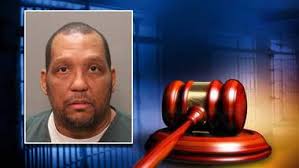 The Lake City pastor who was employed as the education supervisor at Florida State Prison until he was arrested on sexual battery charges 10 days ago was arrested on a similar charge, and the I-TEAM has learned why those charges were dropped

Antonio Carlisle, 45, remains in the Bradford County jail on a $700,000 bond, accused in an incident inside the state prison last August. The victim, a male inmate, immediately reported the rape after it happened. Carlisle was arrested earlier this month when police said the victim’s DNA linked Carlisle to the crime.

We learned last week that Carlisle was accused of a similar crime in 2002. On Monday, News4Jax learned why that charge was dropped.

According to an arrest report from the time, the sexual battery occurred inside Carlisle’s home near McCoy’s Creek in Jacksonville where a male victim claimed that Carlisle and another man held him down while the second man sexually assaulted the victim for five minutes. A medical examination of the victim immediately after the attack revealed trauma consistent with sexual battery and DNA was taken.

But court records reveal why Carlisle was never prosecuted.