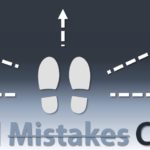 Recently, I was  asked to develop a training block on CAREER ENDING MISTAKES.  While working on the presentation, I realized that MISTAKES is not the proper word, thus the strike-through in the title.  CHOICES is more appropriate, and there is a critical difference between the meanings of the two words.

In corrections management, mistakes are made, such as an error on a booking form, mis-placed inmate property and a myriad of other non-intentional actions.  Mistakes can be critical and can invite litigation if serious enough.  Seldom do mistakes warrant major disciplinary action, including termination, if they are acknowledged and rectified.  Mistakes happen.  Everyone makes them and they can serve as a learning tool for future actions.

Choices are a constant factor in corrections management.  Right choices lead to professional management of jail operations and enhance all aspects of the job.  Wrong choices can have a devastating effect on staff and inmates, particularly on the person making the wrong choice.  Such choices can lead to major disciplinary action, termination, civil action, and even prosecution and imprisonment.

The first involved the head of a statewide prison system in the south who was viewed by some as a modern leader and trend setter in corrections.  He survived multiple governors, even from different political parties, and was elected as President of the American Correctional Association.  It was while he served as the association’s president that his poor choices were revealed.

Indicted by the federal government in 2014, he was accused in a 49-count federal indictment of running one of the largest and longest criminal conspiracies in state government history, taking at least $1.4 million in bribes and kickbacks over eight years to steer more than $800 million worth of state prison contracts.  He entered into a plea agreement which required him to forfeit approximately $1 million in an investment account, his house, a beach condo and two Mercedes-Benz vehicles.

To make matters worse, the former corrections commissioner was arrested again in 2016 by his local police department for burglarizing his forfeited house and removing light fixtures.  Due to this burglary, his federal bond was revoked and he was ordered to jail until his federal sentencing date.  He faces up to twenty-five years if convicted of the state burglary charge.

In May 2017, the former commissioner was sentenced to almost twenty years in prison and fined $100,000 for running what was described as one of the largest and longest criminal conspiracies in the state’s history.  The federal judge who handed down the sentence stated, “This is not a simple crime.  This is the largest graft operation in the state…definitely the largest I have seen.”

The former commissioner was considered to be the mastermind of the criminal enterprise resulting in a longer sentence than other participants.  Nine other persons were also indicted.

The second major event involved the sheriff of a large western county.  In 2013, the sheriff was recognized by the National Sheriffs’ Association as the recipient of the Ferris Lucas Award as Sheriff of the Year.  In 2016, he plead guilty to lying during an investigation into civil rights violations at the county jail.  He later withdrew his plea and had a hung jury for his first trial.  He was retried in March 2017 and found guilty of corruption charges for impeding an FBI investigation.

In May 2017, the former sheriff, 74 years old and reportedly suffering from the early stages of Alzheimer’s disease, was sentenced to three years in prison and fined $7,500.   After serving his sentence, he must also spend a year under supervised release.

The sheriff was the ninth person to be convicted and sentenced to prison for what has been described as a conspiracy to interfere with FBI agents as they worked to gather evidence for a grand jury investigation into allegations of widespread abuse by deputies working in county jails.

Neither the corrections commissioner nor the sheriff made a mistake.  Each made a choice with devastating consequences.  Options were available to each, and each made poor choices.  The corrections commissioner could have made the choice to live on his six figure salary and focus on his job.  Obviously, he rejected that choice and chose instead to pad his bank account with illicit gains.  The sheriff had the choice of being truthful with the FBI.  He chose not to do so and is now paying the penalty for his deceit.

These are but two examples of what seems almost epidemic at times.  The media and internet are replete with stories about corrections officials who make poor choices resulting in unfavorable career ending outcomes.

Each individual has great freedom in making choices, a freedom that may seem paradoxical.  While the individual has the freedom to make choices, a person also has the freedom to bind oneself from making choices which would not be in the best interest of self, agency, family, community or any other aspect of that person’s life.  Choices can be liberating or debilitating, depending on the choice that is made.

What drives the choices that we make?  Henry S. Haskins—a colorful Wall Street securities trader—is thought to have written,

“What lies behind us and what lies before us are tiny matters compared to what lies within us.”

In reference to our own personal choices, we might alter these words somewhat to say,

“What lies behind me and what lies before me are tiny matters compared to what lies within me.”  That is the key to why any person makes a particular choice. 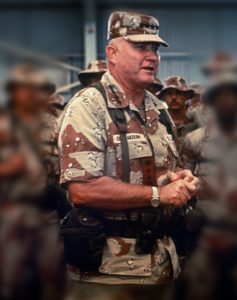 Author Gus Lee  described the late Army 4 Star General Norman H. Schwarzkopf, stating,  “…his enduring excellence was not within his cranium but within his chest; it was in his character.”[1]  In other words, it was what resided within General Schwarzkopf’s heart that drove him to excellence, that enabled him to make right choices in both his career and his relationship to others.

The same principle applies to corrections personnel who face temptation.  Management of those temptations involves individual choices which are based on character—what resides within the heart of the person faced with the temptation—and the choice to yield or to resist.  Neither a comprehensive volume of policies and procedures, nor specific training,  will ultimately drive the decision.  The right choice will be based on what resides in the individual’s heart.

There are many situations in corrections that might be considered “thorns”—those things that can prick the officer and leave a wound, sometimes permanent.  It is essential to not get caught in the thorns which come in a variety of forms, including, among other things, accepting a bribe from an inmate or inmate’s family, developing an inappropriate relationship with an inmate, applying excessive force, falsifying a record or turning one’s head to an obvious indiscretion by another officer.  Once such a thorn pricks an officer, it usually cannot be removed. The pain of the thorn is constant (i.e. forever haunting the one who is pricked) and will eventually surface.

The underlying question following any poor choice made by an officer is, “What did he/she do?”  The answer is important and necessary to reach a decision on what, if any, disciplinary action would be appropriate.  Perhaps a more important thing to know would be not what, but why.   The “why” factor goes directly to the heart/character condition of the person making the poor choice.

Referencing the prison commissioner mentioned in the first example, an attorney character witness for one of the other persons implicated in the bribery scheme characterized the commissioner as “…an evil man…” [2]  That certainly speaks to a condition of the heart, especially considering the common definition of evil as “morally reprehensible,” with synonyms such as wicked, sinful, foul, vile, dishonorable, corrupt, depraved, villainous, malicious and nefarious.

Corrections officials must always be certain their intentional deliberate choices, regardless of the subject matter, reflect a heart condition that functions in the best interest of justice, fairness, ethics and professionalism.

Your heart’s condition depends on the things you allow into your heart, things which form your thoughts and attitudes and shape the deepest part of your being.  If your heart is right, you’re going to be okay.  Proverbs 4:23 is a constant reminder to “Guard your heart above all else, for it determines the course of your life.” (NLT)

mike-haley
Mike Haley is Chief Criminal Deputy for the Washington Parish, Louisiana, Sheriff’s Office. He has managed both local and state corrections facilities and has held several positions, including Director of Jail Services for the Alabama Sheriffs’ Association and Commissioner of Corrections for the State of Alabama. In addition, he has served as a trainer and jail litigation expert witness in several states, is a NIJO instructor and a member of the NIJO Jail Advisory Council (JAC). Mike earned a Ph.D. degree in Psychology and Counseling and began his corrections career in New Orleans at the Orleans Parish Prison.