Changing for the Better by Understanding Where We Are Now: Salt Lake County Jail Dashboard

Changing for the Better by Understanding Where We Are Now: Salt Lake County Jail Dashboard

Years of data, and months of development in the making, the Criminal Justice Advisory Council team and Sheriff Rosie Rivera of the Salt Lake County Sheriff’s Office ha 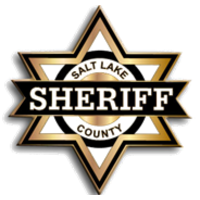 ve collaborated together to create a Jail Dashboard. The dashboard is an interactive tool that displays information collected from the Salt Lake County jail data system.  The dashboard updates every twenty-four hours and reflects the demographic makeup of the current jail inmates including which agency made the arrest, reason for arrest, how long individuals have been in jail, and much more.  According to the dashboard creator, Tucker Samuelson, the dashboard’s endeavor is to be “transparent with the public about the characteristics of [the jail’s] population and to answer some of the common questions [they] receive about inmates.” The sheriff office also hopes it will spark conversations about how the community, along with jail staff, and policy makers, can improve the jail in a variety of ways.

Taking a tour of the dashboard you would notice a few important things.  One of them being, you can see a time stamp telling you the last time the dashboard’s data was refreshed.  This allows viewers to see the exact demographic that would be seen if you were to walk into the jail that day.

The first page contains basic demographic information about inmates in the jail, such as, gender, employment status, race, and residential status.  There is a system to determine homelessness based off the address an inmate gives at the time of booking.  The dashboard is fully interactive and allows you to click on different points of data and filter the data being seen.  For example, you could add a filter to see how the demographics for each other category changes based solely on gender or racial background. 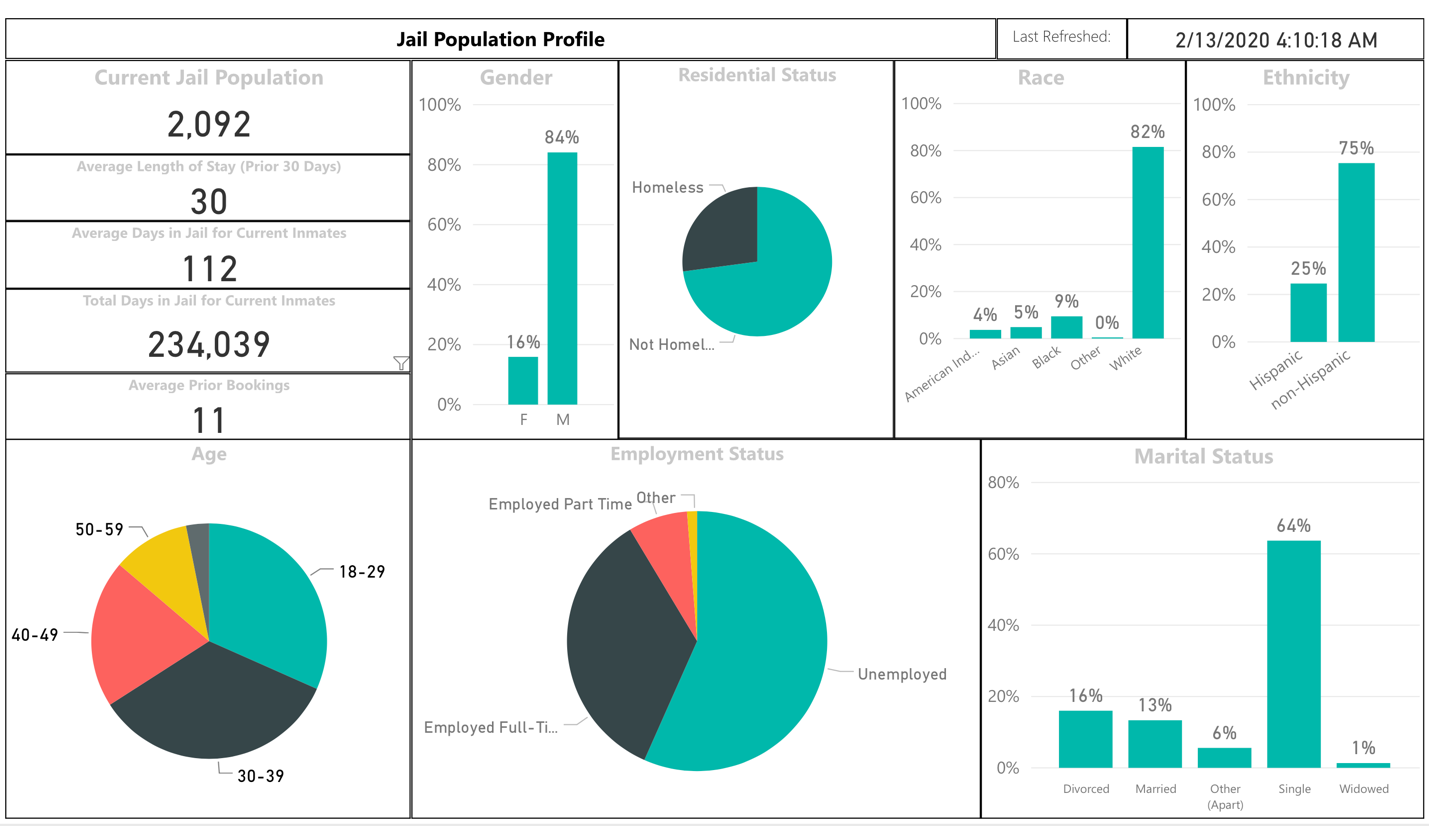 The second page goes beyond showing demographic information and shows the reason for being booked into the jail.  Information includes severity of charge, booking reason, charge category, arresting agency, and whether or not detainees have been sentenced.  When reviewing this data, it was surprising to learn the graph shows that the majority of those in the jail have not yet been sentenced.  Having this data represented visually has brought about better understanding of how well the jail is functioning, and has sparked ideas of way the jail can improve. 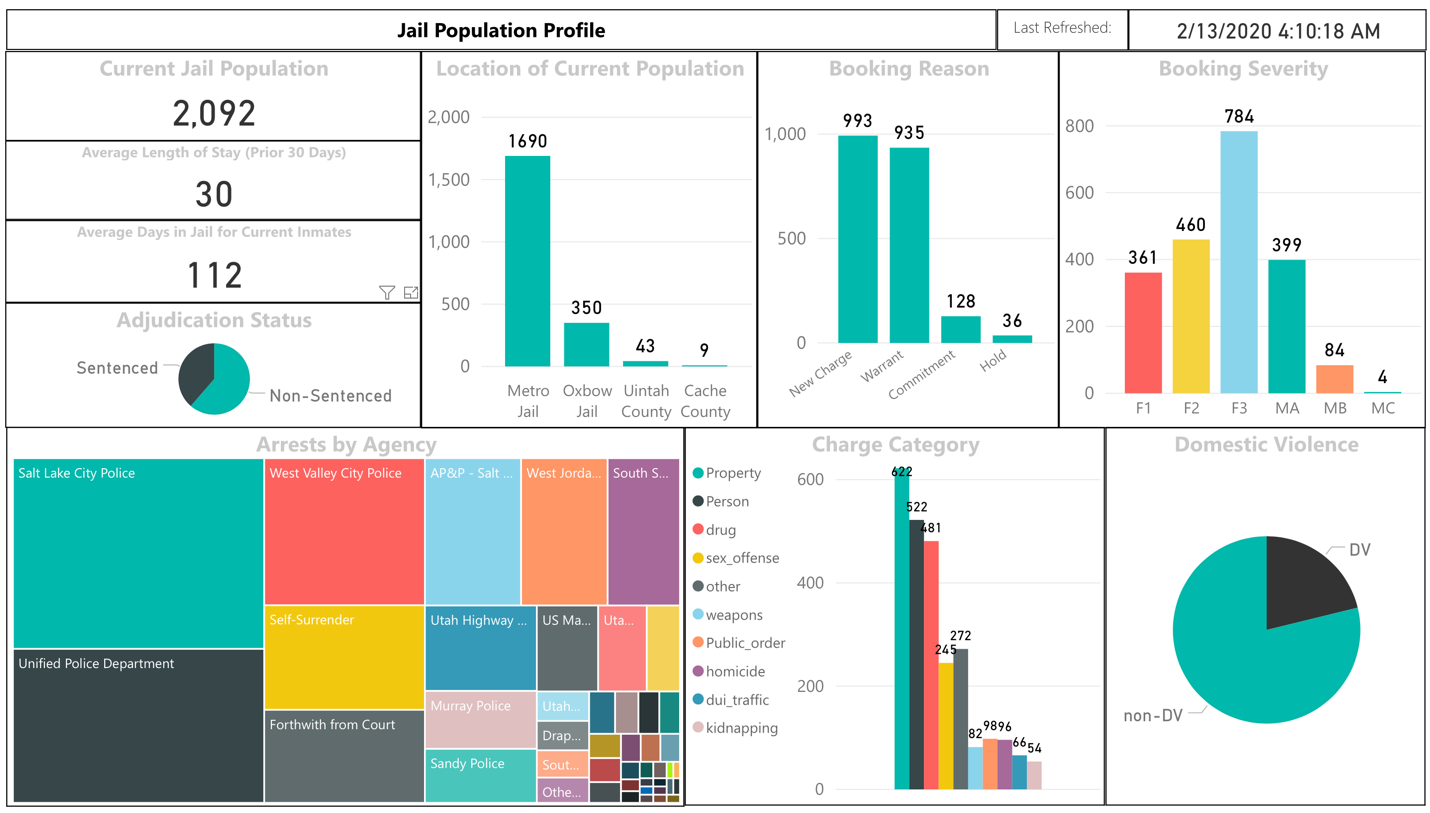 The third tab shows how many inmates have had prior bookings.  This graph shows it is fairly common to have individuals in jail who have been booked multiple times.  This data isn’t shocking to those staffing the jail, but to those with no law enforcement background, this is a surprising and even eye-opening statistic about how much recidivism there is in the jail’s population. The fourth, and final page of data shows the jail’s population over time.  The graph shows a count, as of midnight, every day going back to 2012. 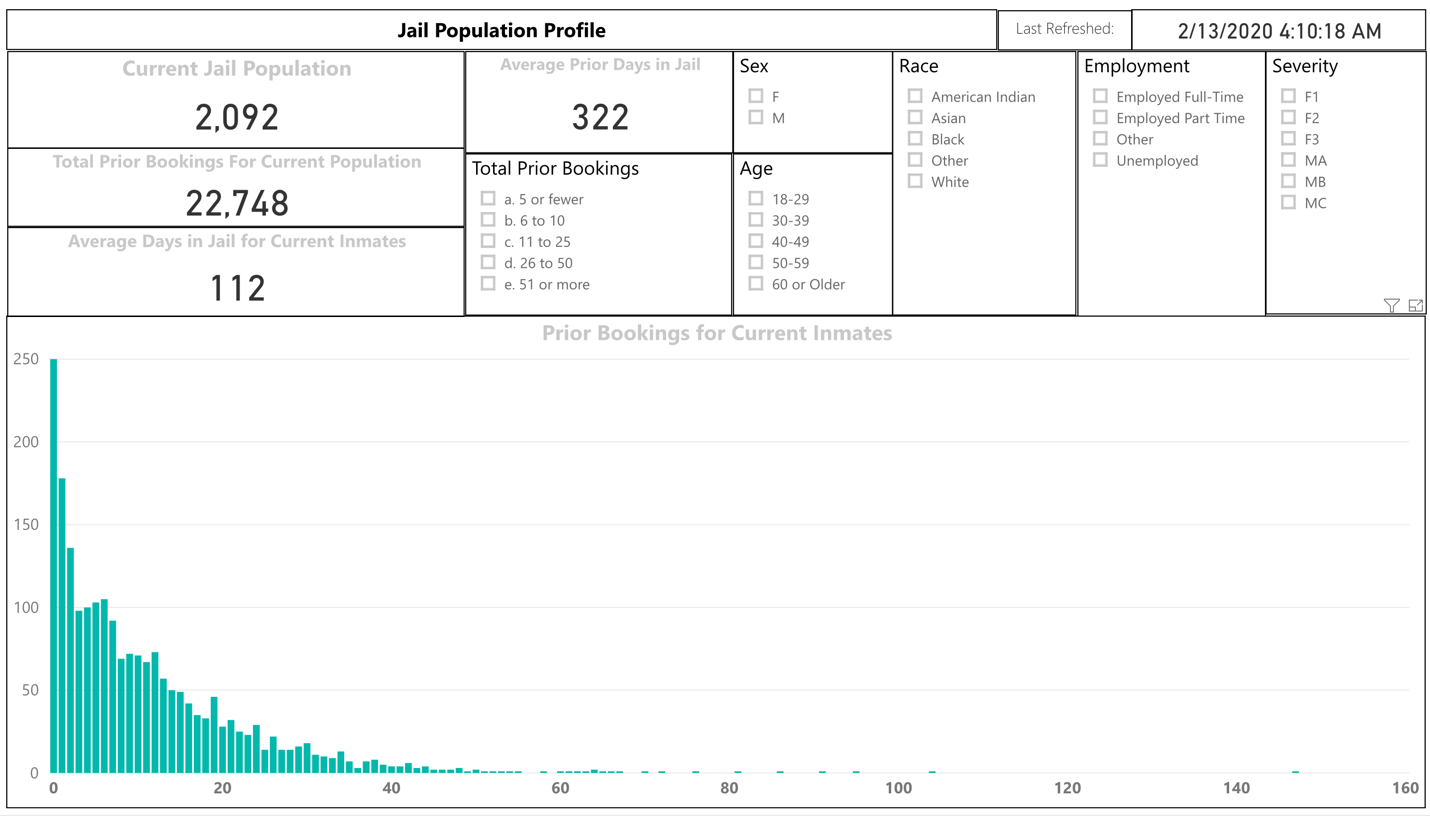 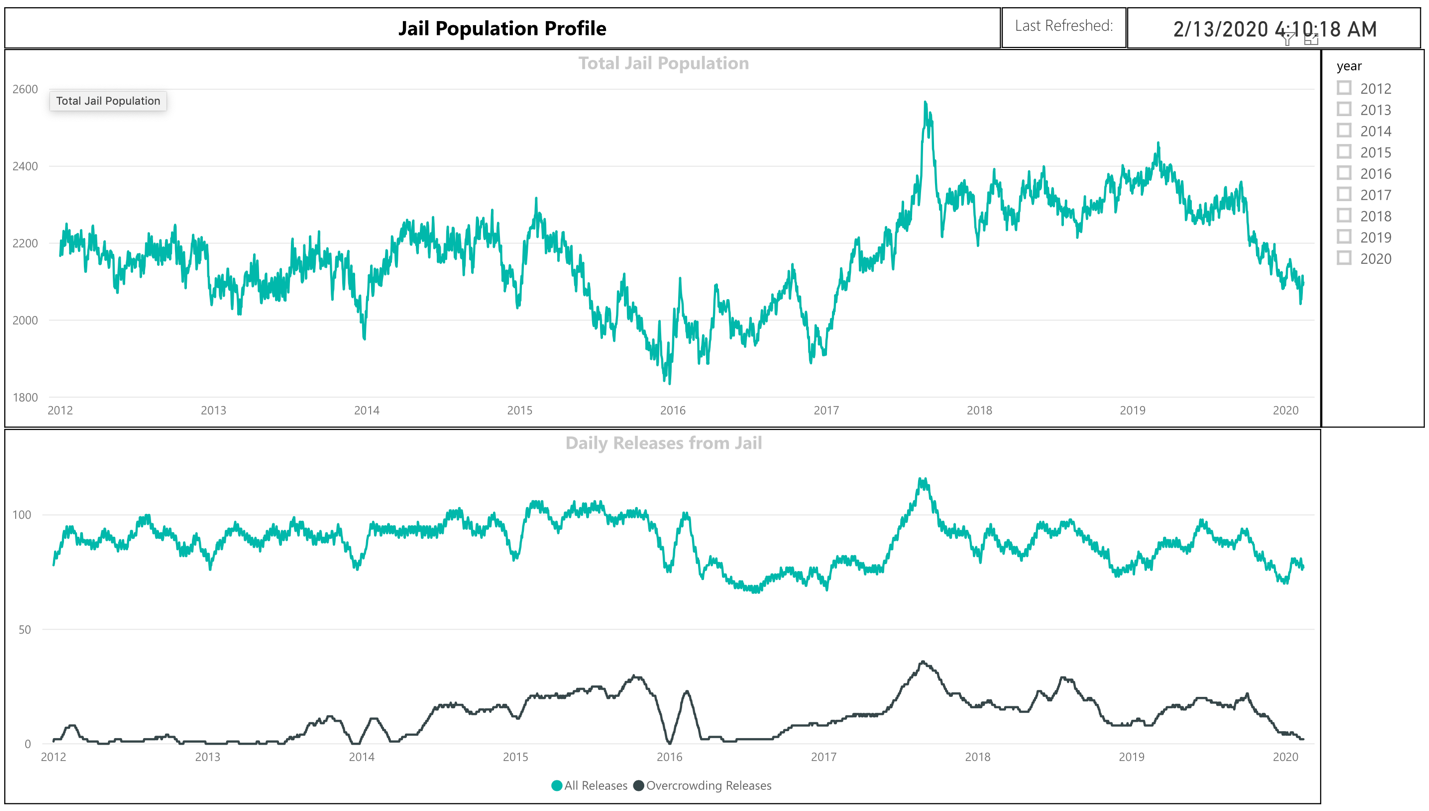 Tucker Samuelsen, the dashboard creator, is a management analyst for the Criminal Justice Advisory Council in Salt Lake County (UT).   Tucker said of the dashboard, “We are very proud of it as a product.  It took us a while to put together, but we really do think it was worth the time and investment to produce.  The level of data it has generated for people has been terrific. It has been beneficial for all of our partners, not just ours at the jail, but for legislatures, policy makers, and those who are learning about the criminal justice system as well.”

All of this data, now in visual form, has been very informative to jail staff and has sparked conversation within the jail about improvements that can be made.  The first step in changing for the better is understanding where you are now.  Sheriff Rosie Rivera stated, “The Jail Dashboard has enabled the Salt Lake County Sheriff’s Office to share information with our partners in criminal justice system. It is important to engage the community in challenges that face jails, and to be transparent to our stakeholders. The Dashboard helps us visualize in detail the impact of policies and provides data to support management and policy decisions.”

Check out the dashboard at: https://slsheriff.org/page_jail_dashboard.php