Why Legal Based Guidelines?  From an Administrator’s Perspective

Why Legal Based Guidelines?  From an Administrator’s Perspective

If you are not paying attention to what is happening in the criminal justice arena lately, then you should probably start.  As we should all be aware there is an all-out effort by special interest groups, the media, legislators and other parties to reform the criminal justice system.  Many believe and use isolated incidents to paint a picture of a system that is “out of control”, “corrupt”, etc.  While I believe we all agree that deviation from the law and sound policies is unacceptable, there are some aforementioned groups that don’t believe that agencies are capable or willing to police themselves.  There are some that use those isolated incidents to propagate a false narrative.

In my almost 28 years of law enforcement experience I have seen very few occasions where a known incident or issue was not dealt with immediately and the outcome of those actions deemed appropriate.  There are many checks and balances in place to make sure that those who violate the oath they took to uphold the law, enforce the law without bias or prejudice are disciplined or punished for their violation of the oath they swore to uphold.  The greatest of those checks and balances are the litigation and decisions of the Courts.

As the saying goes, “the only consistent thing in life is change”, so too this is true in public safety.  Many of these changes come because of identified deficiencies.  Some of these deficiencies are self corrected and some are identified as legal cases, are evaluated by and decisions rendered by the Courts.  As those cases are adjudicated we end up with “legal-based guidelines”.  Cases like Turner v. Safley; Bell v. Wolfish; Farmer v. Brennan; Hudson V. McMillian; Whitley v. Albers; Kingsley v. Hendrickson; Graham v. Connor; Estelle v. Gamble; Hobbs v. Holt; and Florence v. Board of Chosen Freeholders are just a few of the cases that have changed the way that we do business. 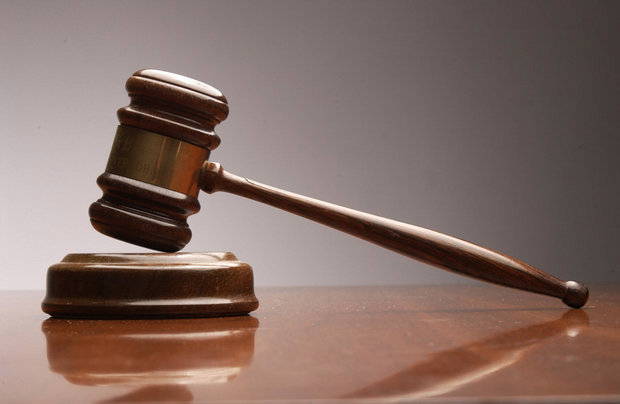 As we go forward operating our facilities and providing public safety/law enforcement services to our communities it is increasingly more important to understand how we should conduct the business of our agencies.  Our practice and policies should be in tune with and following legal-based guidelines.  We should constantly be evaluating our policies and practice against legal cases to make sure that we are following the law and avoiding potential litigation.  Certainly, it is not unreasonable to expect that agencies should adhere to well established or recent case law.  After all, those cases have run the course of legal argument, evaluation and eventual judicial decisions.  Those legal cases define how agencies are expected to function.  It is then our obligation to make sure that we are doing our due diligence in following the law and established legal expectations or standards.

As a very good friend and mentor of mine so eloquently asks and states, “how many of you spend part or most of your day in the law library?”  Most of us do not have the time or luxury of spending time researching, reading and studying case law.  We rely on others to do the research and study of past or recent case law.  From that research and studying of past and recent case law legal-based guidelines have been written that assist public safety professionals in crafting their policy and practice for their agency.  I would ask, why would anyone want to craft their policy or practice on anything other than legal-based guidelines?

Everyone has differing opinions and interpretations of what constitutes “best practice.”  There are differing opinions on every issue from use of force, duty to protect, suicide prevention, correctional health care, etc.  One “expert” may believe that his “best practice” should be followed, while another “expert” may have a differing opinion.  So, the question begs, who is right?  To cite a specific example of this, Immigration and Customs Enforcement has a National Detention Standard, that is written by experts, that states you cannot strip search a detainee without articulable reasonable suspicion.  When I questioned ICE officials and inspectors about the standard, they stated that it was based on best practice and written by expert staff in Washington D.C.  While a standard can be more restrictive than case law allows, it would seem to me that the decision rendered in the Florence case gives Corrections officials the ability to better perform their job by being able to strip search offenders housed in our facilities.

The Supreme Court concluded that strip searches for inmates entering the general population of a prison (jail) does not violate the Fourth Amendment and that the likelihood of these offender’s possession contraband simply based on the criminal offense the individual was arrested for was/is too difficult to determine.

Cited in the majority decision,

“(a) Maintaining safety and order at detention centers requires the expertise of correctional officials, who must have substantial discretion to devise reasonable solutions to problems. A regulation impinging on an inmate’s constitutional rights must be upheld “if it is reasonably related to legitimate penological interests.” Turner v. Safley, 482 U. S. 78, 89. This Court, in Bell v. Wolfish, 441 U. S. 520, 558, upheld a rule requiring pretrial detainees in federal correctional facilities “to expose their body cavities for visual inspection as a part of a strip search conducted after every contact visit with a person from outside the institution[s],” deferring to the judgment of correctional officials that the inspections served not only to discover but also to deter the smuggling of weapons, drugs, and other prohibited items. In Block v. Rutherford, 468 U. S. 576, 586 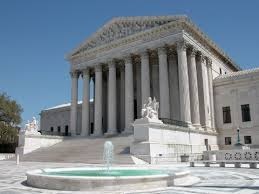 −587, the Court upheld a general ban on contact visits in a county jail, noting the smuggling threat posed by such visits and the difficulty of carving out exceptions for certain detainees. The Court, in Hudson v. Palmer, 468 U. S. 517, 522−523, also recognized that deterring the possession of contraband depends in part on the ability to conduct searches without predictable exceptions when it upheld the constitutionality of random searches of inmate lockers and cells even without suspicion that an inmate is concealing a prohibited item. These cases establish that correctional officials must be permitted to devise reasonable search policies to detect and deter the possession of contraband in their facilities, and that “in the absence of substantial evidence in the record to indicate that the officials have exaggerated their response to these considerations courts should ordinarily defer to their expert judgment in such matters,” Block, supra, at 584–585. Persons arrested for minor offenses may be among the detainees to be processed at jails. See Atwater v. Lago Vista, 532 U. S. 318, 354. Pp. 5−9. (b) The question here is whether undoubted security imperatives involved in jail supervision override the assertion that some detainees must be exempt from the invasive search procedures at issue absent reasonable suspicion of a concealed weapon or other contraband. Correctional officials have a significant interest in conducting a thorough search as a standard part of the intake process. The admission of new inmates creates risks for staff, the existing detainee population, and the new detainees themselves. Officials therefore must screen for contagious infections and for wounds or injuries requiring immediate medical attention. It may be difficult to identify and treat medical problems until detainees remove their clothes for a visual inspection. Jails and prisons also face potential gang violence, giving them reasonable justification for a visual inspection of detainees for signs of gang affiliation as part of the intake process. Additionally, correctional officials have to detect weapons, drugs, alcohol, and other prohibited items new detainees may possess. Drugs can make inmates aggressive toward officers or each other, and drug trading can lead to violent confrontations. Contraband has value in a jail’s culture and underground economy, and competition for scarce goods can lead to violence, extortion, and disorder. Pp. 9−13.”

I would submit that the only opinion that matters is the opinion that is born out of case law.  Legal-based guidelines are not open to opinion, variance or based on “best practice”.  They are standards that are written to mirror case law, reference case law and are legally defendable.  From someone who is very involved in the administration of an agency and involved in utilizing legal-based guidelines, I can tell you that I would much rather rely on legal-based guidelines and standards than “best practice”.  I hope you will look at the various methods for self-evaluation, audits and inspections and then you can make an informed decision as to what method will serve you and best protect your agency and staff from litigation.